IOA to set up Athletes Commission

The Indian Olympic Association has decided to set up an 11-member Athletes Commission to be picked by sportspersons who have qualified for next year's London Olympics. The decision was taken on Tuesday.

"The Indian Olympic Association has decided to give more representation to sportspersons in its General Assembly and Executive Board with full voting rights," the IOA said in a statement.

"To start with the IOA will set up an 11-member Athletes Commission. The sportspersons selected/qualified for the London Olympics will among themselves select the members for the commission," it added.

From these 11 members, two will be elected to the IOA's General Assembly and one to the Executive Board with full voting rights.

Outgoing IOA Secretary General Randhir Singh said the move is in line with the International Olympic Committee's charter and the IOA constitution has been amended accordingly.

Randhir said an Olympic Monitoring Committee will start functioning soon. It will have one sportsperson who has qualified for the London Games from each discipline as its member.

Randhir also revealed that the elections to the Arjuna Awardees Association will be held in New Delhi on December 12.

"I along with Bishen Singh Bedi are stepping down from the posts we hold in the Association because we feel that it it time to infuse new blood," he said.

Randhir said as per the IOC charter, there is a proposal to form an Olympian Association of India. The meeting to discuss the formation of OAI will also be held on December 12.

"I am expecting a big turnout of the Olympians for this meeting and elections," Randhir said.

Randhir Singh will not contest next IOA election 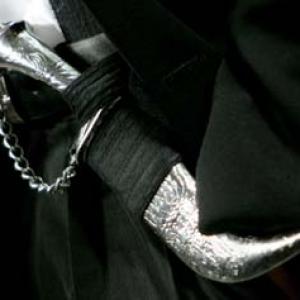