Marseille, who recorded their fifth consecutive clean-sheet, failed to threaten their sixth-placed hosts but proved solid enough to stay second in the standings with 58 points.

Lille, who had scored in their 10 previous games in all competitions, were left frustrated in sixth on 53 points. 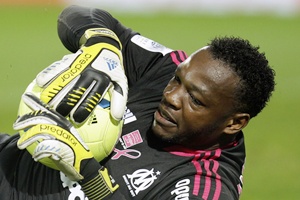 "There are some nights you feel unbeatable and everything turns on your side. It was my night," Marseille captain Mandanda told French television Canal Plus.

He, however, recognised the result had left PSG cruise to their first French title since 1994.

"You have to be realistic," he said. "Although we are competitors and we want to win trophies, our goal is now to secure the second spot. We look backward rather than forward."

Lille forward Dimitri Payet had a 40th-minute curling effort and late free-kick brilliantly parried away by the visiting keeper.

"We found a great Mandanda on our way tonight," he said. "When the keepers produce such a performance, it's complicated. But we also lacked a cutting edge."

Mandanda made his first spectacular save when he won a one-on-one with Roddy Rodelin, who had been put clear by Marvin Martin, and he shone again to deny a Djibril Sidibe header from point blank.

After Lucas Mendes helped him with a clearance on the line following a Payet effort, Mandanda paid him back by stopping a ball the centre back had diverted towards his own net with 14 minutes to go.

Earlier, Olympique Lyon climbed up to third with 56 points after they ended a three-match losing run with a 3-1 home victory over mid-table Toulouse.

"We talked a lot this week, we had dinner and watched the Champions League games together on Wednesday to settle things," captain Maxime Gonalons told reporters.

"We told ourselves a lot of things. It has helped. When it does not work, you have to find solutions. We put everything back in place."

Lyon leap-frogged neighbours St Etienne, fourth with 54, level on points with Nice who beat lowly Sochaux 3-0 at home in the day's early kickoff.

The seven-time French champions took the lead after eight minutes thanks to Clement Grenier who tapped in Alexandre Lacazette's cross at the far post.

Wissam Ben Yedder levelled for the visitors from close range in the 28th minute following fine work from Daniel Braaten as Lyon struggled to capitalise on their possession.

The home team upped the pace immediately after the break and Bakary Kone put them back in front with a header four minutes into the second half.

While Toulouse retained the ball well and had their chances to score another equaliser, France striker Bafetimbi Gomis eventually sealed the win for Lyon just after the hour mark by capitalising on a fine team effort.

In the day's early kickoff, Nice missed several chances in the first half but were rewarded for their domination six minutes after the break thanks to Mahamane Traore, who diverted a Nemanja Pejcinovic effort into the goal following a corner kick.

Didier Digard doubled their lead eight minutes later with a low strike following another set piece the Sochaux defence had failed to clear.

Argentine striker Dario Cvitanich wrapped it up with a fine lob seven minutes from time, his 14th goal of the season.

Sochaux, who did not have a single shot on target at Nice, stay fourth from bottom, one point above the relegation zone.

© Copyright 2020 Reuters Limited. All rights reserved. Republication or redistribution of Reuters content, including by framing or similar means, is expressly prohibited without the prior written consent of Reuters. Reuters shall not be liable for any errors or delays in the content, or for any actions taken in reliance thereon.
Related News: Steve Mandanda, Sochaux, Olympique Lyon, Olympique Marseille, Nice
SHARE THIS STORYCOMMENT
Print this article 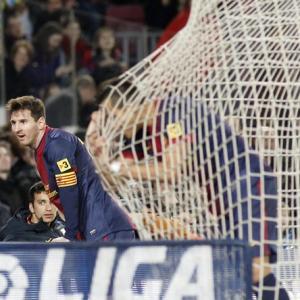 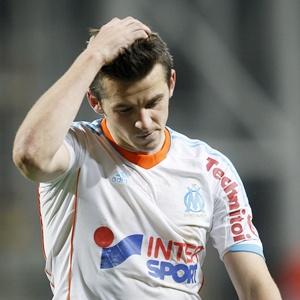 OM apologise on behalf of Barton after 'ladyboy' tweets