India's fast growing doubles player Divij Sharan earned himself a chance to win his third title of the year by reaching the summit clash of the ATP Challenger event in Loughborough, UK, with compatriot Purav Raja.

The fourth seeded Indian team overcame a second set lapse and then survived a match point to edge past the experienced British pair of Jaime Murray and Josh Goodall 7-6 (3), 2-6, 12-10 in the semi-finals of the Euro 42,500 hard court tournament.

Left-handed Divij, who made an impressive Davis Cup debut against New Zealand in September, has already won two Challenger titles out of seven finals this season.

He won with Vishnu Vardhan at Thailand and at Busan with Yuki Bhambri.

In the semi-finals, Divij and Raja erased a 0-3 deficit to win the first set via tie-breaker. After being broken early, they forced their way back by breaking the Britons in the fourth game.

In the second set too they were the first ones to drop the serve. First they handed the advantage to the rivals on sudden death deuce points at two-all and then lost serve in the same manner at 2-4.

In the match tie break, the Indians saved one match point and converted their third to clinch the issue.

They are up against third seeds James Cerretani of the USA and Adil Shamasdin of Canada in the final on Sunday. 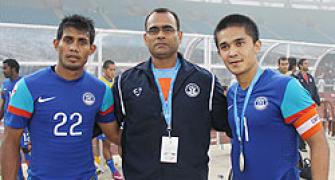 Divij-Raja in semis of UK Challenger 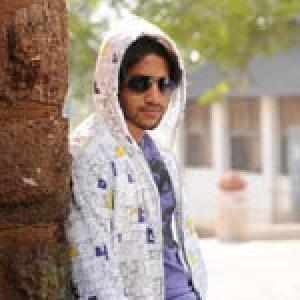