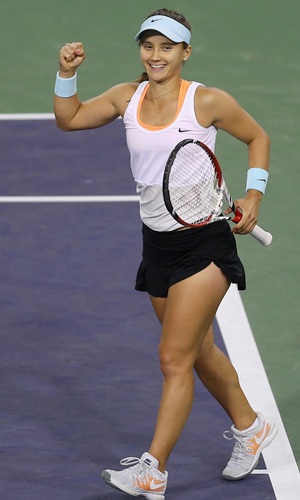 Unseeded American Lauren Davis secured the first big upset of the BNP Paribas Open when she ousted third seed Victoria Azarenka of Belarus in the second round in Indian Wells on Friday.

Davis broke serve seven times en route to 6-0, 7-6(2) victory as she pounced on the 2012 champion's second serve. Azarenka, who was hampered by a foot injury, did not help her cause with 12 double faults.

It is the first time 20-year-old Davis, ranked 66th in the world, has beaten an opponent inside the top 20.

Earlier in California, second seed Agnieszka Radwanska earned a belated birthday present when she broke the serve of British qualifier Heather Watson seven times to win their second round match.

Radwanska was not exactly dominant, dropping serve five times herself, but she had enough of an edge to beat Watson 6-4, 6-3.

"I'm just very happy I could play quite well today and win in two sets," the Pole told reporters a day after her 25th birthday.

"Today was very windy and we were both struggling with the serve, so I'm happy I could make it through."

The top seeds received a first round bye and most of the big names will not make their first appearances until the weekend.

But some notables were in action on Friday including Dane Caroline Wozniacki, the 10th seed, who beat Bojana Jovanovski 6-1, 6-3.

In the men's doubles, Swiss grand slam winners Roger Federer and Stanislas Wawrinka teamed up for the first time in 18 months and entertained a large crowd in beating Rohan Bopanna and Aisam-Ul-Haq Qureshi 6-2, 6-7 (4), (10-6).

The Swiss pair and defending champion and top seed Rafael Nadal will also be in men's singles action on Saturday. Check out this season's Formula One calendar... 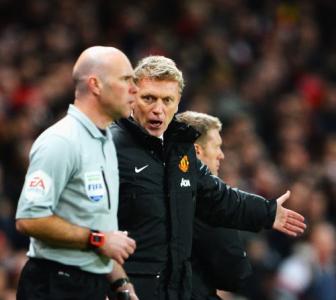 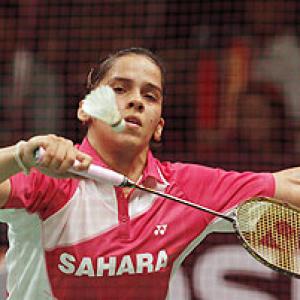 A salute to India's forgotten sportswomen