The Indo-Pak express of Rohan Bopanna and Aisam-Ul-Haq Qureshi suffered an upset defeat at the hands of Belgian Xavier Malisse and Ukrainian Alexandr Dolgopolov in the men's doubles semi-finals to bow out of the BNP Paribas ATP Tour 1000 tournament in Indian Wells on Thursday.

There was not much difference between the two sides but the Ukrainian-Belgian pair managed to win 6-3, 3-6 (8-10).

The 15th ranked Indo-Pak duo, who had a successful tournament, beating World No 2 duo of Leander Paes and Mahesh Bhupathi in the second round before getting the better of the Serbian pair of Novak Djokovic and Viktor Troicki in the quarter-finals, failed to live up to their reputation at the crucial juncture of the match yesterday.

Starting on a positive note, the Indo-Pak pair raced away with the opening set quite comfortably, winning it 6-3.

But Malisse and Dolgopolov, who had earlier caused a major upset by beating top seeds Mike and Bob Bryan in the quarterfinals, came back hard to bag the second set.

The issue was settled in the tie breaker in which the Ukrainian-Belgian duo held their nerves to emerge triumphant. 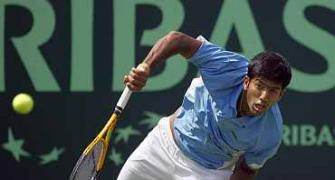 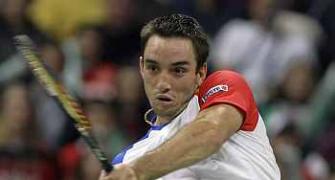 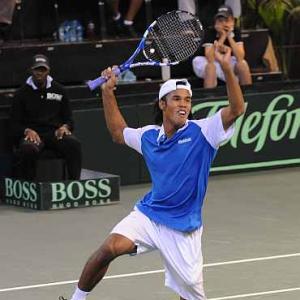