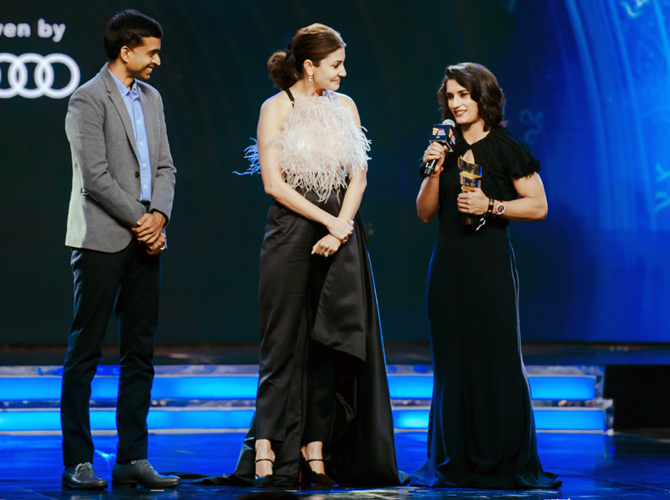 IMAGE: Vinesh Phogat, right, is presented the Sportswoman of the Year (Individual Sport) Honour by Pullela Gopichand and Anushka Sharma.

Legendary Milkha Singh and star batsmwoman Smriti Mandhana were among the winners during the second edition of the Indian Sports Honours held in Mumbai recently.

A total of seventeen honours were presented during the ceremony, comprising eleven Jury Honours, including one Lifetime Achievement Honour, and six popular choice honours, a media release issued on Friday said. 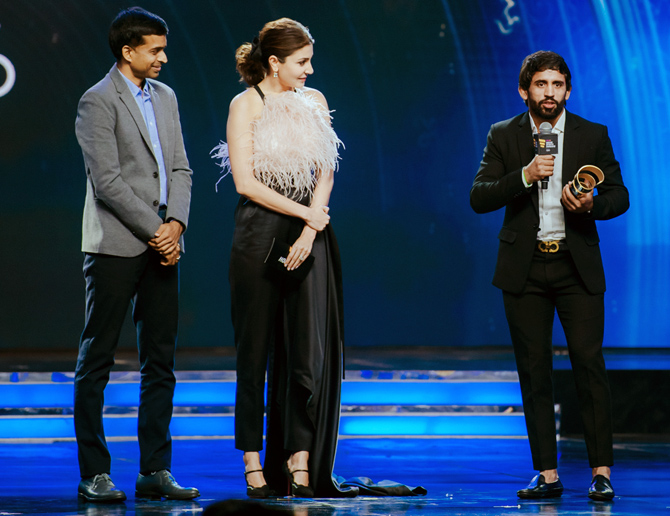 Milkha Singh, 92, best known as the 'Flying Sikh' and most remembered for finishing fourth in the 400m final in the 1960 Rome Olympic Games, was bestowed with the lifetime achievement award.

While 23-year-old Mandhana, who was ruled out due to a fracture in her right toe against the ongoing ODI series against South Africa, got the sportswoman of the year award for the team category. 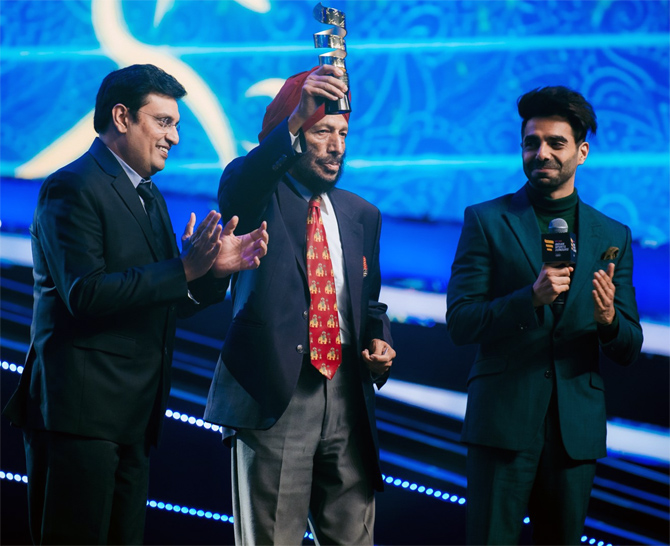 Among the other prominent winners were the Indian cricket's men team led by Kohli himself, who bagged the honour of the 'Team of the Year'. 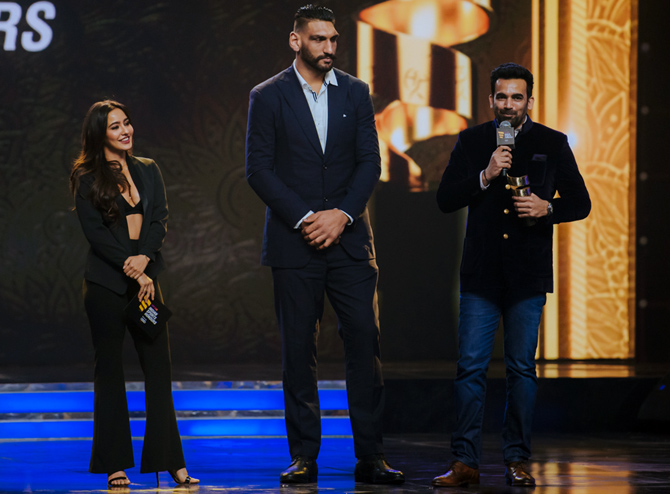 The nominees for the Honours were shortlisted by over 200 journalists from the Sports Journalist Federation of India (SJFI). The Jury Honours were then decided by the ISH jury, which included among others Sanjiv Goenka, Pulella Gopichand, Mahesh Bhupathi, Sardar Singh, Abhinav Bindra, P T Usha and Anjali Bhagwat. 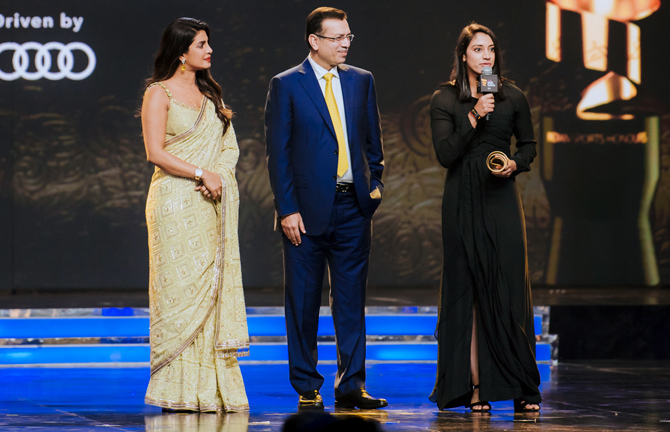 IMAGE: Smriti Mandhana, right, addresses the audience after receiving the Sportswoman of the Year (Team Sport) Honour from Priyanka Chopra and Sanjiv Goenka

Source: PTI© Copyright 2020 PTI. All rights reserved. Republication or redistribution of PTI content, including by framing or similar means, is expressly prohibited without the prior written consent.
Related News: Smriti Mandhana, IMAGE, Milkha Singh, Sports Journalist Federation of India, Sanjiv Goenka
SHARE THIS STORYCOMMENT
Print this article
'Mayank's mindset key to his success'
For how long can mesmerising Messi be the best?
Goalkeeper to goaltender: Cech in ice hockey switch