The Indian men's hockey team's trip Down Under began with a 1-4 defeat to Australia 'A' in the first international friendly, in Rockingham, on Monday.

At the Rockingham club ground, some 50kms from Perth, a rusty India dished out a spineless display and conceded two soft goals in both halves.

However, the Indian women's team provided some relief by drawing the third Test against Australia 1-1 at Mundrah, a suburb about 100 km from Perth.

The Australian women surged ahead with a third-minute goal, only to see Vandana Kataria equalising 17 minutes later.

The Indian men's team's chief coach Michael Nobbs, however, refused to give too much importance to the defeat, saying it was a "good lesson" for his wards.

"We played against the best team. When you do so, you are not supposed to commit mistakes. We did commit a lot of them, and got punished. This is a good lesson for team," he said.

The women's team manager, A S Subbaiah, meanwhile, was ecstatic with the outcome of the match.

"We are improving match by match. Today, Australia put up a good fight to snatch the series, but we could manage to draw," Subbaiah said.

Monday's drawn result means that the four-match series is tied at 1-1 with both the teams taking on each other in the fourth and final Test on Tuesday.

India had earlier lost the series opener 2-3 before drawing parity in the series with a hard-fought 2-1 win over the home team in the second Test on Saturday.

The Indian men's team, meanwhile, will again play Australia 'A' in their second international friendly at Mundrah on Tuesday. 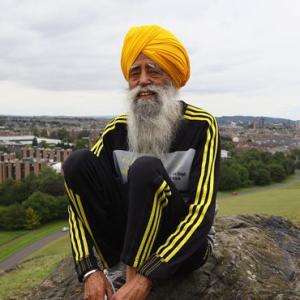