Legendary Dutch coach Roelant Oltmans feels that although Indian hockey team has improved by "leaps and bounds", it needs to regularly play against powerhouses like Australia, Holland and Germany in order to become a force to reckon with.

After a disastrous Olympic campaign in London where they finished last, the fourth-place finish at the prestigious Champions Trophy in Melbourne and the second spot in the Asian Champions Trophy in Doha came as a soothing balm for Indian hockey, as it tries to slowly regain its footing after a steady decline during past decade.

"Indian hockey is improving. Compare the team to what it was a year ago, it has improved by leaps and bounds. Hopefully, in the coming years they take the next step," Oltmans said. 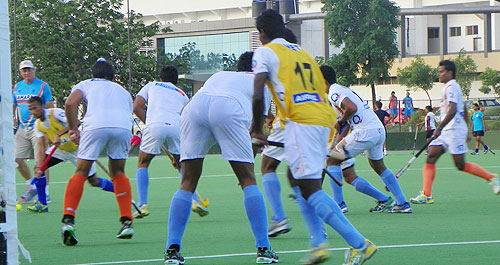 "You can see that the current Indian team is really getting better and better by having more experience of playing top level games. The fact that they came fourth in the last Champions Trophy is a testimony to their improvement.

"But they need to play a lot of international matches against top teams to keep up the good work. You can't play only against Asian teams, you will have to play against teams like Germany, Holland, Australia to compare yourself at the top level," said the Dutchman, who will coach the Sahara India Pariwar-owned Lucknow franchise, named Uttar Pradesh Wizards, in the inaugural Hockey India League.

Oltmans, who guided The Netherlands men's team to gold medal in 1996 Atlanta Olympics and the world championship crown two years later in Utrecht, said fitness was key to India's success in the recent past.

"The fitness level of Indian players have improved and it is something which is very important in modern day hockey. Agility and endurance is becoming more and more important," he observed.

"India has also improved in using the modern regulations of the game like interchange. The defence is still a bit up and down and it is one of the areas they will have to improve upon," he continued.

Are India and Pakistan are on the verge of resurgence in world hockey?

"Absolutely, they (India and Pakistan) are important for world hockey. Those two teams have been the big force in the 20th century but they have lost out compared to the European teams during the last three decades. But I think at the moment they are getting closer again," he insisted.

"Still there is lot of work that needs to be done. Talent is there, understanding of the game is there, but it will take some time.

"You can get back to the top level overnight. I took about 20 to 30 years for India and Pakistan to go down. I feel to go up it doesn't take 20 to 30 years but it will take 4-8 years for sure," added Oltmans, who was in the running for India coach's job along with incumbent Michael Nobbs.

Oltmans feels the five-team city-based HIL will give a big boost to Indian hockey and the event will be a blessing in disguise for the domestic players.

"I feel HIL will have a great contribution to the future of Indian hockey," he said about the league to be held across the five cities of the country from January 14 to February 10. 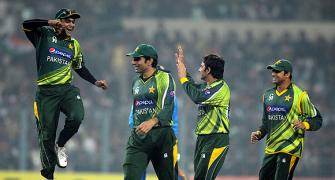 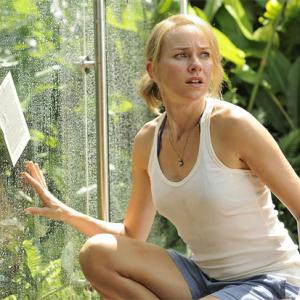 Naomi Watts: I love everything about India

'RSS chief Bhagwat does not know either India or Bharat'