News
Business
Movies
Sports
Cricket
Get Ahead
Money Tips
Shopping
Sign in  |  Create a Rediffmail account
Rediff.com  » Sports » India in Round 2 of FIFA WC qualifying with win over Nepal 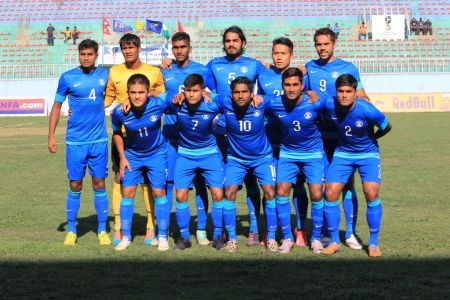 India held a dominant Nepal to a goalless draw in their 2018 FIFA World Cup football qualifying Round 1 second leg match to advance to the second round on a 2-0 aggregate in Kathmandu on Tuesday.

Despite beating Nepal 2-0 in Guwahati on March 12 in the first leg, they were clearly the inferior side at the Dashrath Rangasala stadium. They were under severe pressure, especially in the second half, but came out unscathed.

India captain and goalkeeper Subrata Paul and the back four gave a brilliant display to thwart a spirited Nepalese attack on several occasions, the upright coming to the rescue of the visiting team once.

Robin Singh put the ball into the Nepal net in the 57thminute but the referee disallowed the goal as it was clear that the Indian striker had used his hand.

On the day of the first leg in Guwahati, India had slumped to their worst ever FIFA rankings at 173rd but are expected to gain places in next month's chart after a win and a draw against Nepal -- ranked 180th -- over the two legs.

Englishman Stephen Constantine thus began his second stint as India coach on a happy note, but a tough road lies ahead for him and his boys as more fancied nations from the continent await in the next rounds.

India and the other five Round One winners will join the 34 highest-ranked teams of the continent in the second round. The 40 nations will be drawn into eight groups of five teams and compete according to a double round-robin format.

Image: The Indian players pose for photograph before the start of the match against Nepal 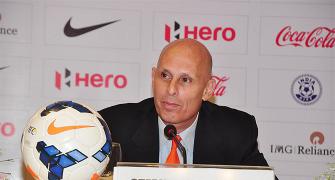 There's fan-following for these other 'Men in Blue' too!

Opposition marches on in "do or die" battle against land bill 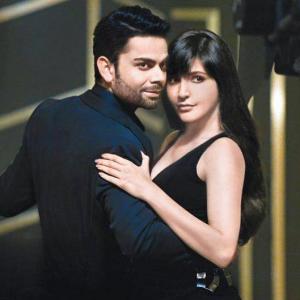