Beat Macau 4-1 to make it to the continental tournament for just the 4th time. 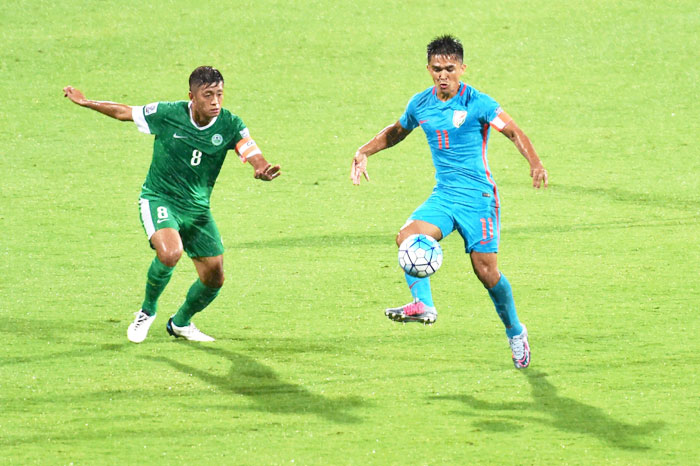 India qualified for the 2019 AFC Asian Cup in style, pumping in four goals for a crushing 4-1 win over Macau in a qualifying round match in Bengaluru on Wednesday, to make their fourth appearance in the continental event.

They made the cut with two matches still to go in the qualifying round.

India competed in the tournament for the first time in 1964, when they finished runners-up. Then they crashed out in the group stage in 1984 and 2011.

Rowllin Borges opened the scoring with a fine volley in the 28th minute, skipper Sunil Chhetri restored the lead, after the hosts conceded one, with a strike in the 60th minute, while Macau conceded an own goal through defender Lam Seng in the 70th minute to dig their own grave at the Sree Kanteerava Stadium.

The fourth goal was scored by Jeje Lalpekhlua (90+2) after being assisted by Chhetri.

For Macau, Nicholas Tarrao scored in the 37th minute -- their first goal of the qualifying campaign.

India topped Group A qualifying round with 12 points from four matches.

They play Myanmar on November 24 and Kyrgyzstan on March 27 next year.

In the 2011 edition that was held in Doha, India lost all their group matches to Australia, South Korea and Bahrain.

Borges gave India the lead, but the Indian celebrations did not last long as in the 37th minute, Torrão managed to beat goalkeeper Gurpreet Singh Sandhu.

Chettri knocked in the second goal as India played in the 4-4-2 formation with Balwant Singh and Jeje up front. Holicharan Narzary had moved on the right wing, while Chhetri played on the left.

For his goal, Borges fooled the Macanese goalkeeper after he received a pass from Jeje, who had the presence of mind to spot him. Before Jeje could set it up, Narayan Das whipped in a low cross on the left. Torrao then stole the ball before it could reach Pritam and he headed it in to draw level. The goal was set up by Chan Chun, who found some space on the right and sent in a beautiful cross.

Chhetri put India ahead after he capitalised on a sloppy defensive play. Jeje took it in near the halfway line and sent it to Balwant. The substitute raced forward before squaring the ball into the box for Chhetri.

India were lucky to have got the third strike through a self goal after Lam Seng's attempted clearance turned into disaster as the ball looped over the goalkeeper and went in.

India were desperate to restore their lead before half-time as coach Stephen Constantine watched the proceedings.

At half time, both teams were locked 1-1.

Just before the break India were forced to work the ball around, with Macau deploying all 11 players in their own half.

Playing in rain with puddles of water giving trouble to players, India had two early chances in the second and fourth minutes.

First, Anas Edathodika and Sandesh Jhingan failed to get a meaningful touch from close range after Eugeneson Lyngdoh floated one. On the second occasion, before Chhetri could capitalise on a bouncing ball of a Macanese defender's foot, Ho Fai smothered it.

Earlier they had beaten Myanmar 1-0, Kyrgyz Republic 1-0 and Macau 2-0. They are yet to concede a goal in the qualifiers.

Get Rediff News delivered into your Inbox.
Source: PTI© Copyright 2020 PTI. All rights reserved. Republication or redistribution of PTI content, including by framing or similar means, is expressly prohibited without the prior written consent.
Related News: Macau, AFC, India, Sunil Chhetri, Sree Kanteerava Stadium
SHARE THIS STORYCOMMENT
Print this article 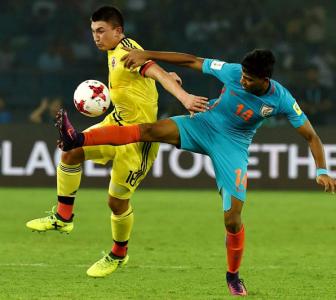 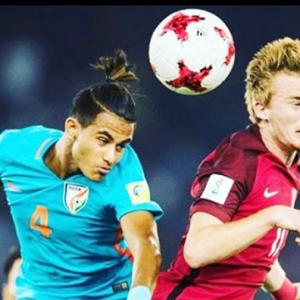 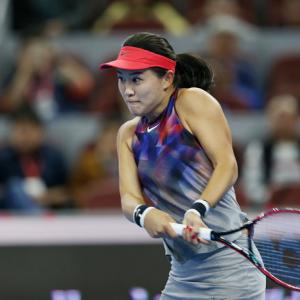