Luck was impartial on Saturday in the 21st round I-League encounter between ONGC and Churchill Brothers at Ambedkar Stadium.

Two deflected goals -- a Steven Dias effort in the 47th minute and Roberto Mendes Silva (Beto) own goal in the 60th minute -- summed up a tie full of missed opportunities. Following the 1-1 draw, Churchill now have 43 points from 20 matches and stay on top of the table while ONGC remain sixth with 28 points. 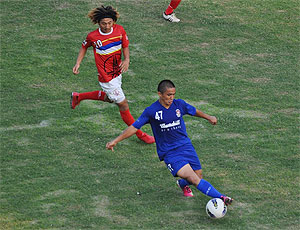 The visitors creatED more chances in the opening exchanges. In the 7th minute, Henri Antchouet side-netted after rounding off ONGC goalkeeper Rehenesh.

The hosts got their first real chance in the 26th minute when a Yusa Katsumi free kick saw Jatin Bisht head wide. Bisht tried his luck once again in the 35th minute after being set up by Sachin Gawas at top of the box. But his effort failed to get the past Rehenesh.

Post the lemon break, ONGC paid the price for some porous defending from a set piece inside the box.

Steven Dias exchanged passes with Denzil Franco after taking a short corner, and it was his shot that deflected into the goal.

The Goan outfit though were unlucky to concede the equaliser at the hour mark. Yusa Katsumi’s corner ricocheted off Beto’s thigh to enter his own goal.

Wahid Sali though saved Kashyap’s wards the blushes by being at the right place at the right time. Sunil Chhetri’s sweetly timed half volley from inside the box came off Sali’s face in the 74th minute.

A second-half strike from Milagres Gonsalves saw Salgaocar FC beat Mumbai FC by a solitary goal in the 21st round of the I-League, played at the Duler Stadium in Mapusa on Saturday.

After a barren first half, Salgaocar scored the all-important goal in the 58th minute through Milagres Gonsalves.

Both teams failed to live up to their billing and a good part of the action was restricted to midfield play.

Salgaocar who had two of their players suspended in the last match, felt the absence of Josimar Silva as they lacked sharpness in their attack.

Mumbai FC came back strongly in the latter part of the first session creating more openings, but the moves lacked punch and hardly threatened the rival goal.

Changing over, the Mumbai side looked to score early in the second half with veteran Yusuf Yakubu twice coming close to scoring.

Against the run of play, Salgaocar scored in the 58th minute.

Fulgencio Cardozo's cross from the left came off Mumbai FC player Gabriel Fernande's chest and Salgaocar striker Milagres Gonsalves was in the right place to slot home on the rebound.

The visitors made two quick changes bringing in Jayesh Rane and Evans Quao in place of S Kuttymani and N D Opara and the move nearly paid off as Mumbai FC came close in finding the equaliser but Yabuku failed to capitalise on a chance.

East Bengal's I-League aspirations received a big blow when Air India struck through Henry Ezeh in the dying minutes to eke out a 1-1 draw in their round 21 fixture in Kalyani, West Bengal on Saturday.

East Bengal dropped to 41 points, two points behind leaders Churchill Brothers, who have played a match less than the former.

Credit should also be given to Air India's Sukhwinder Singh who stood tall under the bar, thwarting four chances.       East Bengal had some fine raids in the first-half with Chidi leading from the front, but Sukhwinder ensured that the first 45 minutes remained goalless.

Chidi had a fine shot outside the box in the 22nd minute, but Sukhwinder saved it.

With Sukhwinder doing a fine job, Air India did not let in any further goal and when it seemed that East Bengal were pocketing a full three points Henry produced a beauty in the dying minutes.

It was too late for East Bengal to bounce back as the draw meant a big setback for their I-League title hopes.

Ranty wins it for United SC

Fresh from their IFA Shield triumph, UnitedSC continued their winning momentum with a 1-0 victory over United Sikkim FC in a 21st round I-league fixture at the Paljor Stadium in Gangtok on Saturday.

Nigerian Ranty Martins made all the difference with his 25th minute strike in a match coach Eelco Schattorie rested key players like Calros Hernandez and Gourmangi Singh.

The Kolkata club, which won the first leg with a colossal 10-1 margin, were not in their prime but Martins struck through a beautiful through ball from Kayne Vincent that caught United Sikkim defense napping.

Martins calmly lobbed the ball over goalkeeper Rakshit Kumar to score the only goal of the match. The leading I-League scorer should have added another goal to his tally but he lashed his volley over the United Sikkim goal from close range. 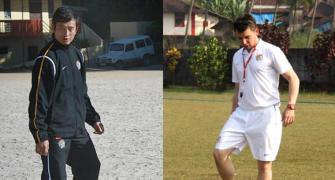 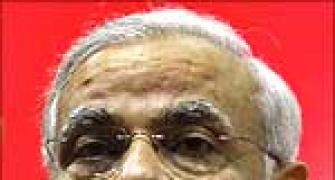 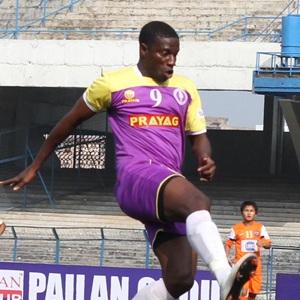