India came up with a spirited performance to draw with Olympic champions Germany 3-3 and register their first win at the Hero Hockey World League Finals in New Delhi.

India left behind the memories of their opening two defeats against England (0-2) and New Zealand (1-3) and dished out a much-better display to hold the world number one opponents to a draw at the floodlit Major Dhyan Chand National Stadium.

Unilke their previous two games, the Indians looked far more organised and coordinated against the reigning Olympic champions and were the better side throughout the match.

If not for a late defensive lapse from skipper Sardar Singh, India could have pocketed full three points from their final Pool A game.

Thilo Stralkowski saved Germany from defeat by slotting home from close range in the 68th minute after Sardar failed to make an easy clearance inside the circle.

Unexpectedly, the Indians were the better side on display in the first half and dominated the share of possession. 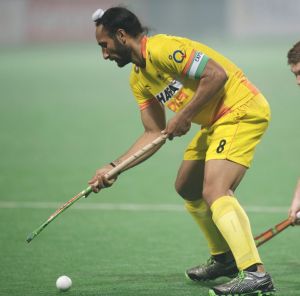 The Indian midfield and the forwardline combined to create a number of opportunities, which were missing in the first two games against England and New Zealand.

The defence, which is India's perennial problem, too lived up to the expectations to deny Germany any major inroads at least in the opening 35 minutes.

India pressed hard and got the first scoring opportunity in the 12th minute when they earned their first penalty corner but the German goalkeeper Tim Jessulat was up to the task to deny V R Ragunath.

The Germans were not to be left behind as four minutes later they earned their first penalty corner but Indian custodian P R Sreejesh came up with a fine save to deny Thilo Stralkowski.

The Indians deservingly took the lead in the 19th minute when Raghunath's hit in from outside the circle went inside the goal after getting a deflection from a German defender.

Germany, however, drew level in the 24th minute from their second penalty corner which was perfectly converted by Martin Haner.

India, thereafter, earned two more penalty corners in quick succession and Rupinder scored from the second opportunity with a powerful grounded flick to give the home team a 2-1 lead at the halfway mark.

Down by a goal, the Germans pressed hard after the change of ends and managed to earn their third penalty corner just three minutes into the second half which was shot wide by Haner.

The Germans, however, drew parity in the 41st minute courtesy an own goal from the hosts.

Despite the equaliser, India continued to press hard with relentless attacking forays. Their efforts bore fruit in the 52nd minute when Dharamvir Singh scored from a rebound after Raghunath's flick was saved by Jessulat from the hosts' fourth penalty corner.

As always has been the case, some last minute lapse of concentration from the Indian defence resulted in the equaliser for Germany.

With just one point from three games, India finished at the bottom of Pool A and will now take on Pool B toppers Australia in the quarterfinals on Wednesday, while second-placed Germany will face third-ranked team of Pool B, the Netherlands, in the last eight stage. 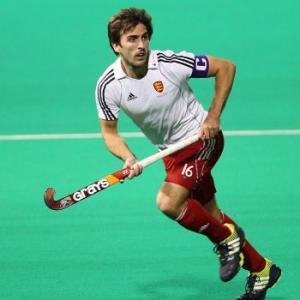 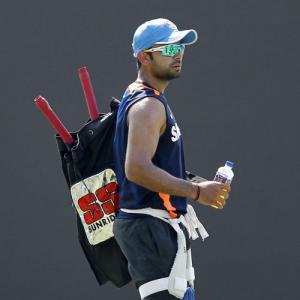