The Indian women's hockey team got its act together after being on the backfoot in the first half, to force a 1-1 draw against hosts Australia in the Lanco International Super Series, in Perth, on Friday.

Star forward Ashleigh Nelson put Australia ahead in the 10th minute before her Indian counterpart Soundarya Yandala cancelled it out just five minutes before the hooter went off.

It was Vandana Kataria who tore through the Australian defence to enter the top of the circle and quickly push the ball to Yandala, who was waiting at the far corner of the goal cage.

Indian girls, who lost the last match 0-5, in Perth, on last Saturday to the hosts, can derive a lot of satisfaction in the end result even though they did not inspire much confidence in the first half.

In fact, the Indians were lucky to concede just a solitary goal in the first half, during which Australia mounted several attacks on the visiting team's goal.

The Australians just could not get the finishing right and were also denied by Indian goalkeeper Yogita Bali's brilliance under the bar.

Australia earned as many as six penalty corners in the first half, indicative of their dominance during that period of play.

India replaced an injured Jasjeet Kaur Handa with Yadala Soundarya midway through the first half but even that did not have much impact on an attacking Australia.

However, the visitors managed to avoid defeat through Yadala's strike after an improved performance in the second half.

"We committed lot of silly mistakes in the first half which we eliminated in the second session. That did a world of good for us, we drew against the world's best team," said a visibly happy coach C R Kumar.

"In a way it's good that we conceded only penalty corners. Because we are sure we are good at penalty corner defence, and we just did that," he said. 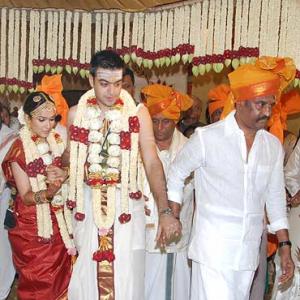