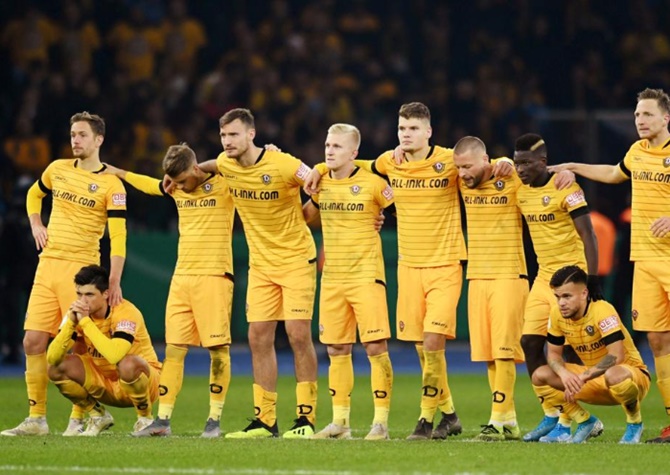 IMAGE: The return of the Bundesliga’s top flight has grabbed the headlines, the second Bundesliga features some well-known names with VfB Stuttgart and Hanover 96 also in the mix. Photograph:  Annegret Hilse/Reuters

Dynamo Dresden, who once reached the European Cup quarter-finals, will be battling relegation when the second Bundesliga resumes on Saturday after the coronavirus stoppage while Hamburg SV are looking for a quick return to the top flight.

Bottom-of-the-table Dynamo, however, will have to sit out at least the first two matchdays after two players tested positive for the coronavirus and the entire team was ordered into quarantine.

German law states any response to positive cases is a matter for the local health authority and Dynamo are the only case so far of the whole team being quarantined.

“At the moment we are doing everything we can to prepare ourselves professionally for the tasks ahead under the given conditions,” Dynamo coach Markus Kauczinski said on Tuesday after the players, now at home, took part in a training session conducted by video.

“As with so many things in these difficult times, a great deal of creativity and adaptability is required. I am convinced that, as in the weeks before, we will make the best of the situation as a team in the home office.”

Although the return of the Bundesliga’s top flight — the first of Europe’s top leagues to restart — has grabbed the headlines, the second Bundesliga features some well-known names with VfB Stuttgart and Hanover 96 also in the mix.

Last year, the Swiss-based research institute CIES found that the second Bundesliga was the 10th-best attended league in the world between 2003 and 2018, with an average crowd of 18,184 — more than the top flights in Brazil, Japan, Russia, Portugal and Belgium, among others.

There are still nine rounds of matches to play, including two midweek rounds, and the championship is now scheduled to end on June 28.

Dresden, who won the former East German league eight times when they also became regulars in European competition, have 24 points, level with Karlsruhe and one point behind Wehen Wiesbaden who are in the promotion/relegation playoff spot.

Dresden spent four years in the Bundesliga after German reunification but since relegation in 1995, they have had an up-and-down existence between the second and fourth tiers.

Arminia Bielefeld, who host Osnabrueck on Sunday and last played in the top flight in 2008-09, lead the table with 51 points, six clear of Stuttgart with Hamburg a further point behind in third, the promotion-relegation spot.

Hamburg, who visit Greuther Fuerth on Sunday, were the only ever-present team in the Bundesliga’s history until they were relegated last year.

© Copyright 2020 Reuters Limited. All rights reserved. Republication or redistribution of Reuters content, including by framing or similar means, is expressly prohibited without the prior written consent of Reuters. Reuters shall not be liable for any errors or delays in the content, or for any actions taken in reliance thereon.
Related News: Dresden, Hamburg SV, VfB Stuttgart, CIES, Arminia Bielefeld
SHARE THIS STORYCOMMENT
Print this article 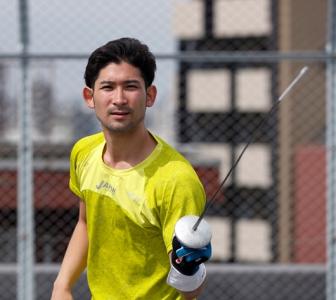