India's participation in the Asia-Oceania Zone Group 1 Davis Cup tie, scheduled on September 14 and 15 in Islamabad, is uncertain owing to high political tensions with Pakistan. 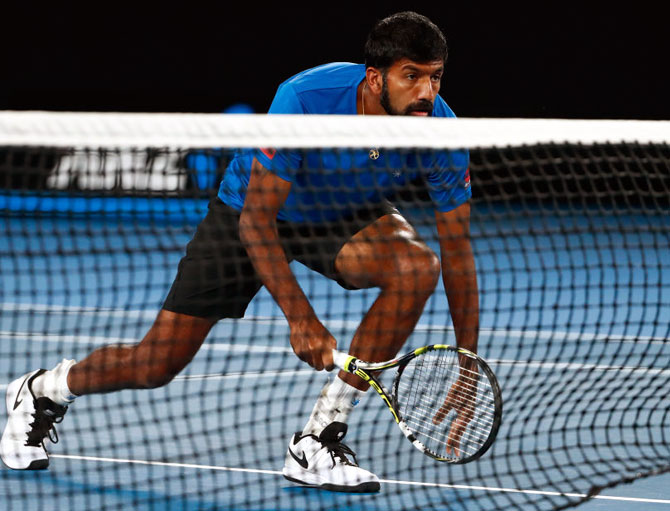 IMAGE: Veteran Rohan Bopanna is part of India's Davis Cup squad, which is scheduled to play against Pakistan on September 14 and 15 in Islamabad. Photograph: Michael Dodge/Getty Images

Sports Minister Kiren Rijiju on Monday said the government will not have any say on whether India should participate in next month's Davis Cup tie in Pakistan as the event is not a bilateral engagement.

India's participation in the Asia-Oceania Zone Group 1 Davis Cup tie, scheduled on September 14 and 15 in Islamabad, is uncertain owing to high political tensions with Pakistan.

The country has downgraded diplomatic ties with India after provisions of Article 370, which gave special status to Jammu and Kashmir, were done away with and the state was turned into a Union Territory.

"If it is a bilateral sporting event, then whether India will play with Pakistan becomes a political decision. But Davis Cup is not a bilateral and is organised by a world sporting body," Rijiju said on the sidelines of an event of the ministry of youth affairs in New Delhi.

"Since India is a signatory to the Olympic charter. Therefore, the government of India or the national federation do not have a say on whether India will participate or not," he added.

The All India Tennis Association (AITA) will be seeking a neural venue for the tie but its Pakistani counterpart on Sunday made it clear that it would not agree to a change as preparations are already underway in Islamabad.

The AITA will cite the diplomatic tensions and security concerns while seeking a change of venue from the ITF.

No Indian Davis Cup team has travelled to Pakistan since 1964 and bilateral cricket ties between the two countries have been dormant since the 2008 terror attack in Mumbai.

Since 2017, Pakistan have played four of their five home ties in Islamabad, hosting Korea, Thailand, Uzbekistan and Iran. Hong Kong had refused to travel to Pakistan in 2017, giving them a walkover.

The last time Pakistan played on a neutral venue was when it hosted China in Colombo in 2016.


In 2015, Pakistan played both their home ties on neutral venues. They played Chinese Taipei in Turkey while hosting Kuwait in Colombo. 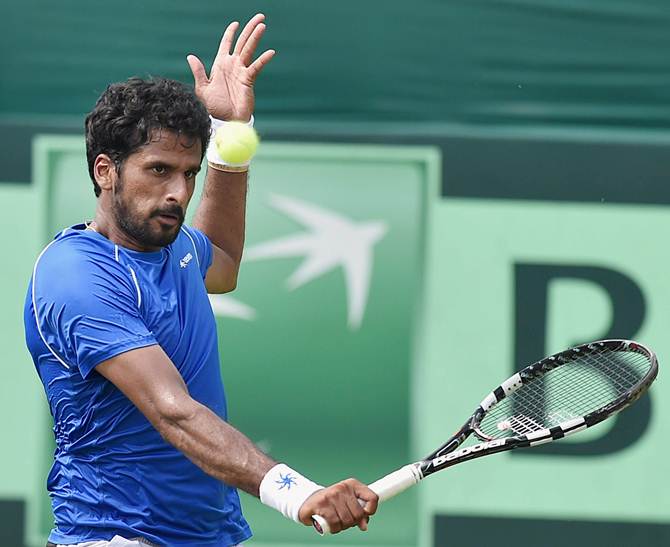