"Ash to me is like a little sister and part of my family and we treat each other that way... It's magical when you achieve your dream... I'm sure it's magical for her."

IMAGE: Ashleigh Barty (right) and Evonne Goolagong Cawley at the 2019 Newcombe Medal at Crown Palladium on December 02, 2019. Wearing a scalloped-edged outfit in the style of Goolagong's 1970s kit throughout the 2021 Wimbledon tournament, Barty said after her triumph that she hoped she had made her idol proud. Photograph: Quinn Rooney/Getty Images

Australian great Evonne Goolagong said Ashleigh Barty's Wimbledon win on Saturday made her more emotional than her own triumph at the grasscourt major 50 years ago.

Barty has been a woman on a mission this year at the All England Club and emulated trailblazer Goolagong, with whom she shares indigenous Australian heritage, by defeating Karolina Pliskova 6-3, 6-7 (4), 6-3 in a nervy final on Centre Court.

"I'd never really watched myself play for years until I showed some kids from our national indigenous camp a film of me playing. It was more emotional for me watching Ash," Goolagong said in a video released by Tennis Australia on Sunday.

"Everybody reacts differently when they win Wimbledon for the first time. It didn't hit me 'til later on, because you turn numb. You're in shock, just as Ash was at the end.

"We were so excited. Now I see the other side of it... my family, how they were when they were watching me win. They were jumping up, crying, screaming... exactly what we were doing."

Wearing a scalloped-edged outfit in the style of Goolagong's 1970s kit throughout the tournament, Barty said after her triumph that she hoped she had made her idol proud.

"She certainly did. She made me proud from the first time I saw her," Goolagong said.

"She must have been about 13, playing at the Australian Open. (My husband) Roger and I watched a bit and we saw one whole point in which she had all the skills.

"She did the slice, the volley, the smash, everything... and we both looked at each other and said 'she's got it, she's going to be our next champion.' Look at her now."

Goolagong said it was "amazing" that Barty claimed her first Grand Slam title at the French Open (2019), the venue of her own maiden major in 1971.

"I'm so proud of Ash and the way she handles herself. Not just on the court but off the court, too. She's a great Australian, everybody loves her,' Goolagong said.

"Ash to me is like a little sister and part of my family and we treat each other that way... It's magical when you achieve your dream... I'm sure it's magical for her."

© Copyright 2021 Reuters Limited. All rights reserved. Republication or redistribution of Reuters content, including by framing or similar means, is expressly prohibited without the prior written consent of Reuters. Reuters shall not be liable for any errors or delays in the content, or for any actions taken in reliance thereon.
Related News: Ashleigh Barty, Evonne Goolagong Cawley, Ash, All England Club, Karolina Pliskova
COMMENT
Print this article 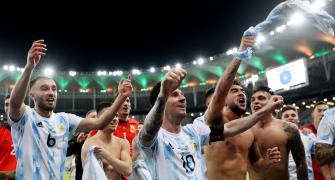 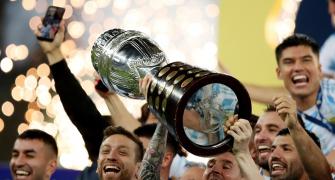 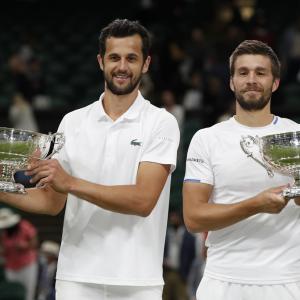