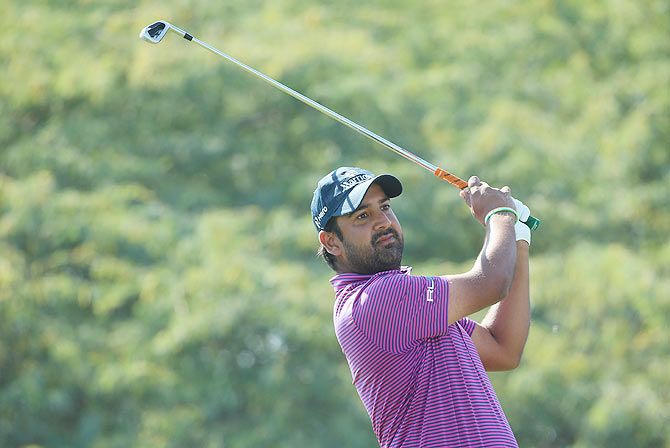 Shiv Kapur of India in action during the third round of the Commercial Bank Qatar Masters at Doha Golf Club in Doha, Qatar on Friday. Photograph: Andrew Redington/Getty Images

Shiv Kapur and Jeev Milkha Singh finished in a tie for 38th place even as Branden Grace produced a stunning eagle on 16th and a closing birdie to grab the Commercial Bank Qatar Masters golf tournament on Saturday.

Grace, winner of the Alfred Dunhill in December, thus grabbed his second title of the wraparound 2015 season and also moved into the Top-50 of the world to take a definitive step towards ensuring a start at the Augusta Masters in April.

Grace carded a final round 66 with four birdies and an eagle.

Three of the birdies and the stunning eagle came in last seven holes as Marc Warren (67) was left to rue his bogey on the fifth and the double bogey on  par-3 eighth as he was adrift by one shot.

Bernd Wiesberger (68) one of the co-leaders overnight was third at 17-under while Korea’s An Byeong Hun (65) with the best final round was tied fifth behind Eddie Pepperell (67). 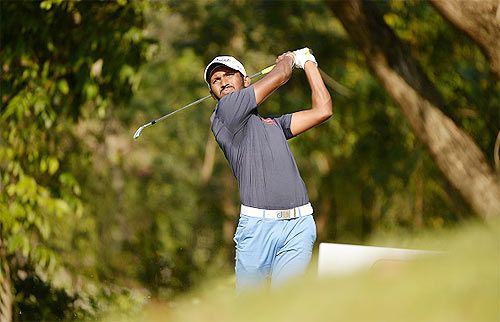 While Chikka (68), the leader after the second round was tied fourth at nine-under 276, former winner on Asian Tour, Himmat Rai (72) and young Angad Cheema (72) qualified in tied 12th place at five-under 280 each.

The fourth Indian to make the grade was another young talent, Abhijit Chadha (71) at one-under 284 in tied 37th place.

Chopra, a two-time winner on PGA Tour and a former winner on Asian Tour carded a final round of three-under 68 and finished at 15-under 270 to top the Qualifying School.

Chopra, who played most of his golf in the formative years in India, outclassed the field by signing for a three-under-par 68 to win by four shots on 15-under-par 270  total at the Springfield Royal Golf Club.

Finland's Kalle Samooja, a former member of the Asian Tour, returned with the day's lowest round of 65 to take second place while Thailand’s Phiphatphong Naewsuk settled one shot back in third on 275 at the Qualifying School.

Himmat Rai also returned to the Tour by finishing 12th, while Angad Cheema and Abhijit Chadha made the card for the first time by finishing inside top-40 and ties.

Chopra, who fired six birdies against three bogeys, shrugged off the final round pressure and credited his experience for a remarkable performance this week.

Chikka made up for the disappointment of missing out on his Tour card by one shot last year by putting up a remarkable display in what was only his second attempt at the Qualifying School.

"This means a lot to me. I really worked hard for this. It took me a year to come back again and finally get my Tour card. It has a tough week. Missing out last year was really emotional for me but it has made me a stronger person. My attitude in my game got better and I am really happy I made it," said the 21-year-old Indian.

All Qualifying School entrants will be eligible to compete on the burgeoning ADT, which was inaugurated in 2010 as a gateway to the premier Asian Tour.

With the Olympic Games looming in 2016 where golf will be reintroduced as a medal sport, players in the region could earn their spots in Rio de Janeiro by earning Official World Golf Ranking points through the Asian Tour and ADT.