'Golf in India will EXPLODE if Anirban wins in Rio' Lauding India's presence in the world of golf, Tiger Woods today said that Anirban Lahiri can make the game ‘explode’ in the Indian market by winning a medal in the 2016 Rio Olympics.

Can this Tiger roar back to glory?

Woods, who is playing host to Lahiri and 17 other top golfers in the Hero World Challenge through his Tiger Woods Foundation, said that the young Indian golfer has it in him to be successful in the Olympics, which will see golf being introduced for the first time since 1904.

"Anirban, I am sure will be a part of the Olympics and he will be great and hopefully he wins. That will be an explosion for all of India," Woods told Indian reporters in an interaction at the Albany Golf course in Bahamas.

The veteran golfer, who has been battling a back injury and has been out of action for over a year, believes that after the success of Jeev Milkha Singh and Arjun Atwal, Lahiri is the new flag bearer of Indian golf.

"I got a chance to play with Jeev (Milkha Singh) in his first Masters and Arjun (Atwal); I got to know him all those years. They are my best friends. I got to know these guys are on a different level and have been lot of fun over the years. What they have doing for Indian golf and now what Anirban is doing, it's been fun to watch," said Woods.

Woods wished Lahiri, who makes his Hero World Challenge debut as a special exemption player after featuring in the Presidents Cup last month, on his future endeavours.

"What Anirban is trying to do is that he went from the Asian Tour to the European tour to the American Tour, that itself is very hard. That much of travelling is tough. Trying to figure out how many times he’s going to play on which Tour.

"How much travel he is going to be doing? Where his home base is going to be? That will take a toll on you overtime. Time will tell how he is going to cope with all these things and hopefully he does great. Getting to know him over the last couple of years has been fun, so I not only wish him success over this week but also in future." PTI FK AH

From the time when India looked at golf as an elitist sport, far away from the reach of the common man, the country has found its own golfing heroes in Jeev, Atwal and Lahiri.

Woods believes the exposure from tournaments like Hero World Challenge has added to the growth of the game in India.

"It's just about prodding opportunities. Not every country is exposed to golf in a way that we are in the States, Australia or South Africa, even Japan or Korea. Certain parts of the world are golf powerhouses like Scotland, England and Ireland. But other countries are getting more exposed to the game.

"What Pawan (Munjal) has done with Hero in India. That's important and that's how I see the game growing kin India. It was fun being in Delhi, to see the excitement and level of Indian golf. And also I got a chance to watch Cheyene (Woods’ niece, who took part in Hero Women's. So it's across all spectrums," he said.

Woods also opined that golf's inclusion on the Olympic field will add to the popularity of the sport in non-golfing nations as well.

"I just think that the game of golf being a part of Olympics is going to explode in countries that we thought will never take up the sport. That's going to be fun for the game," he said.

"It has been in many different countries without even starting yet. What I mean by that is earlier a lot of governments involved in lot of subsidised golf programs at the grass-root level. Try and grow a bigger base so that more athletes are part of the Olympic sport," he added. 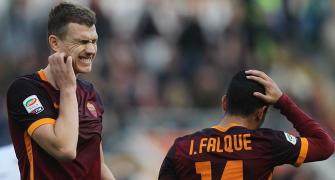 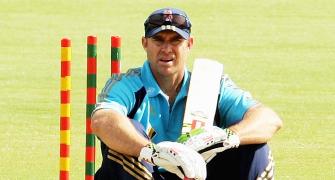 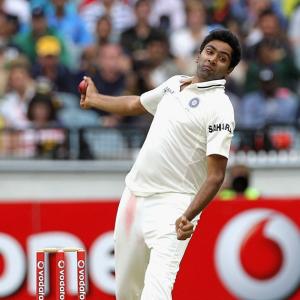 Ashwin, Shami in ICC teams of 2015; no place for Kohli 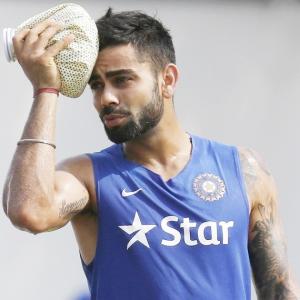 Kohli takes a dig at ICC