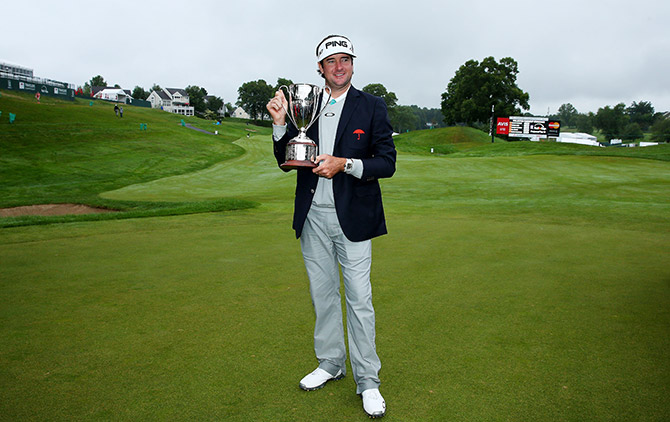 Bubba Watson celebrates with the winner's trophy after the final round of the Travelers Championship at TPC River Highlands in Cromwell, Connecticut. Photograph: Jim Rogash/Getty Images

Bubba Watson won his second Travelers Championship the same way as the first, at the second extra hole.

In notching his eighth victory on the PGA Tour, left-hander Watson matched Canadian Mike Weir for second on the all-time southpaw list. Only Phil Mickelson has more left-handed wins, at 42.

“My goal always has been to get to 10 career wins,” said Watson, who has won five of six playoffs.

“In this day and age with all the talent in the world, double digits is a pretty good number.”

He beat Corey Pavin and Scott Verplank in the 2010 playoff for his first career win.

The two-time Masters champion began the final round a shot behind 54-hole leader Brian Harman. Watson, however, started with back-to-back birdies to grab the lead and extended it with an eagle at the par-five 13th.

But Casey, playing in a group ahead, had the best round of the day going. He holed out from 126 yards to eagle the par-four third en route to a five-under 65. Casey and Watson (67) finished at 16-under 264.

He and Watson both parred the first extra hole but an errant tee shot put Casey in trouble when they played the par-four 18th again.

Casey, who is married to English television presenter Pollyanna Woodward, found the greenside bunker with his second shot and then flew his sand shot over the green to make Watson's victory a formality.

Watson put his opponent out of his misery with a 10-foot birdie putt.

Harman, meanwhile, started slowly, but a birdie-birdie finish enabled him to finish third at 15-under, one shot out of the playoff.

He earned an exemption into next month's British Open at St. Andrews, as did Canadian Graham DeLaet, Swede Carl Pettersson and former world number one, Englishman Luke Donald.

© Copyright 2020 Reuters Limited. All rights reserved. Republication or redistribution of Reuters content, including by framing or similar means, is expressly prohibited without the prior written consent of Reuters. Reuters shall not be liable for any errors or delays in the content, or for any actions taken in reliance thereon.
Related News: Bubba Watson, Englishman Paul Casey, PGA Tour, TPC, Brian Harman
SHARE THIS STORYCOMMENT
Print this article 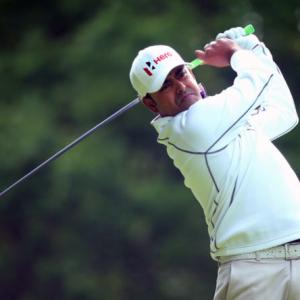 India's Lahiri, Kapur fail to make the cut at US Open 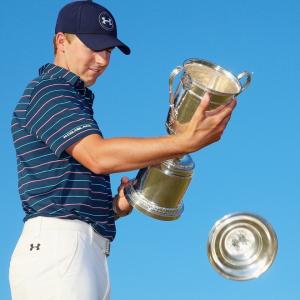