Eintracht Frankfurt captain Marco Russ has been diagnosed with a tumour after he had initially tested positive in a routine doping test, the Bundesliga club said on Thursday.

The club were informed of the positive test on Wednesday with Germany's anti-doping agency (NADA) suspecting that the high levels of growth hormone HCG found in the sample were due to illness rather than the use of performance-enhancing drugs.

Further tests by the club revealed they were indeed due to a tumour, Frankfurt said, without disclosing the location of the growth.

Russ is a Frankfurt youth product, having been at the club for almost his entire career apart from a two-year spell at VfL Wolfsburg between 2011-13.

"Despite this tragic diagnosis the player has said he is ready to play, something that has been confirmed by the doctors," Frankfurt said in a statement.

Frankfurt take on Nuremberg in their relegation/promotion playoff first leg later on Thursday after finishing in 16th place in the Bundesliga.

© Copyright 2022 Reuters Limited. All rights reserved. Republication or redistribution of Reuters content, including by framing or similar means, is expressly prohibited without the prior written consent of Reuters. Reuters shall not be liable for any errors or delays in the content, or for any actions taken in reliance thereon.
Related News: Frankfurt, Marco Russ, NADA, HCG, Reuters
COMMENT
Print this article 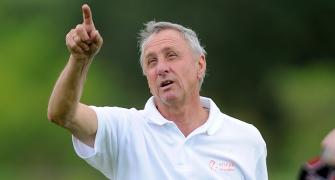 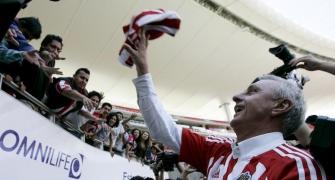 I'm 2-0 up in battle against cancer, says Cruyff 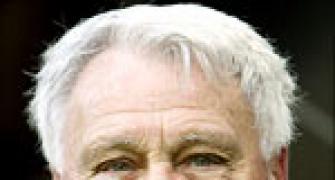 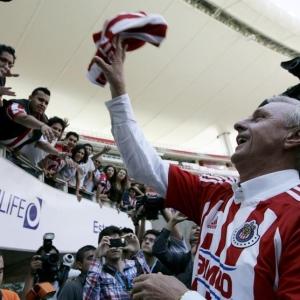