Spaniard Sergio Garcia has apologised after a "fried chicken" jibe aimed at world number one Tiger Woods during a European Tour awards dinner on Tuesday.

Garcia, who has a frosty relationship with Woods, was on stage with his Ryder Cup team mates when he was asked in jest whether he would be inviting Woods for dinner during next month's US Open in Merion.

"We will have him round every night. We will serve fried chicken." Garcia was heard to say. 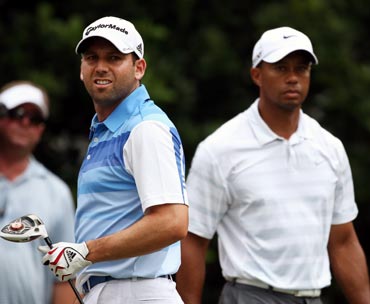 Fried chicken has become a racial stereotype in the United States when referring to African-Americans - a reference to the days before the abolition of slavery when chicken was believed to be a staple part of the diet.

Garcia moved quickly to explain his remark, issuing an apology through the European Tour.

"I apologize for any offense that may have been caused by my comment on stage during The European Tour Players' Awards dinner," he said.

"I answered a question that was clearly made towards me as a joke with a silly remark, but in no way was the comment meant in a racist manner."

Garcia's comments echoed those made by former Masters winner Fuzzy Zoeller in 1997 when he joked with reporters to tell Woods not to ask for "fried chicken or collard greens or whatever the hell they serve" at the next year's Champions dinner.

Garcia and Woods have been at loggerheads recently after the Spaniard blamed a roar from the crowd watching the 14-times major winner for an errant shot when the two featured in the same group at the Players Championship in Florida.

The gallery erupted during the Spaniard's backswing upon seeing Woods reach for his five-wood for a daring escape from a tee shot deep into the trees.

© Copyright 2022 Reuters Limited. All rights reserved. Republication or redistribution of Reuters content, including by framing or similar means, is expressly prohibited without the prior written consent of Reuters. Reuters shall not be liable for any errors or delays in the content, or for any actions taken in reliance thereon.
Related News: Sergio Garcia, Woods, Fuzzy Zoeller, Getty Images, Richard
COMMENT
Print this article 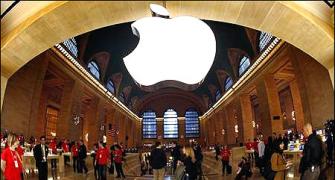 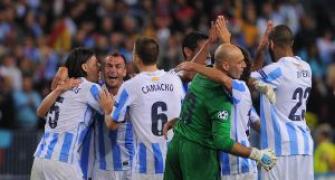 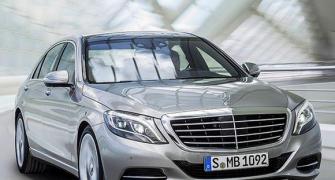 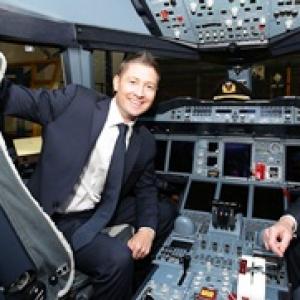 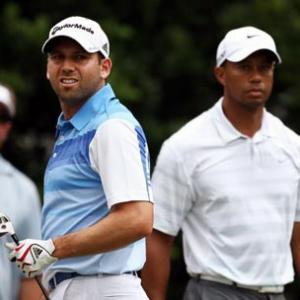