With a chill wind blowing and drizzle falling on the Simonne-Mathieu arena, the 40-year-old Williams began strongly but got bogged down in a baseline battle on a slow surface.

The American has now fallen in the opening round at the French Open for the past three years.

Williams led 3-1 and 4-2 in the first set against the 26-year-old who is playing under a special ranking after undergoing knee surgery, but lost a series of lengthy games as a first set lasting 68 minutes slipped away. Unable to hold her once mighty serve, Williams, the oldest player in the draw, fell 4-1 down in the second set as Schmiedlova moved within sight of snapping a streak of 12 successive Grand Slam first-round defeats since 2016.

Williams, who played in black leggings and a bodywarmer, finally held serve after being broken six times in a row to close to 3-4 in the second as Schmiedlova began to look a little nervy but the Slovak edged 5-3 in front.

Seven-times Grand Slam champion Williams fought ferociously until the end, saving two match points on serve, but Schmiedlova showed great composure to serve it out, sealing victory with a forehand down the line.

Williams, playing her 87th Grand Slam and now ranked 76th in the world, also lost in the opening round at the U.S Open, the first time she had fallen at the first hurdle at her home Slam in major in 22 appearances. 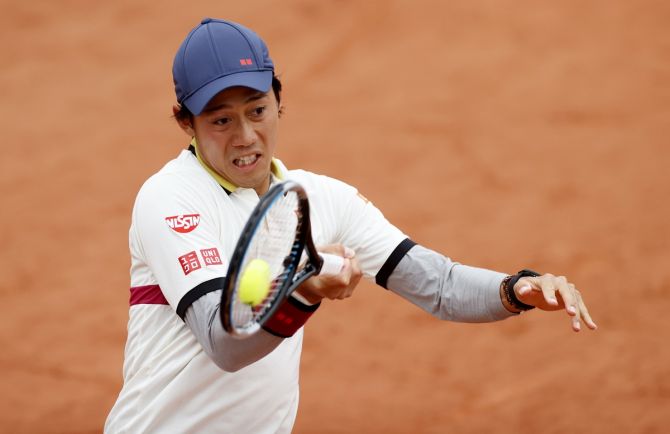 Japan's Kei Nishikori surrendered two sets 6-1 but still managed to battle past Britain's Dan Evans on Sunday and into the second round.

"I kind of knew what was the problem in the first set," Nishikori told reporters. "I think I was rushing too much.

Evans, the 32nd seed, looked on course for his first ever French Open win as he romped through the opening set but Nishikori polished off the second set in equally quick time.

Nishikori led 5-2 in the third set only to be dragged into a tiebreaker, which he won, but again lapsed as Evans hit back to take the match into a deciding set.

A topsy-turvy match saw three-times French Open quarter-finalist Nishikori seize control to lead 3-0 but again Evans reeled off the next three games and had a break point in the seventh that he could not convert.

That proved crucial as Nishikori produced a couple of stunning points to break the Evans serve at 4-5 and seal the victory, only his second of the year.

The world number 35, who has now won 24 of his 30 five-set matches in Grand Slam tournaments, will take on Italy's Stefano Travaglia in the second round. IMAGE: Victoria Azarenka celebrates after winning her first round match against Danka Kovinic of Montenegro during Day 1 of the 2020 French Open at Roland Garros in Paris. Photograph: Julian Finney/Getty Images

Former world number one Victoria Azarenka complained about the playing conditions at the French Open amid light drizzle and low temperatures during her 6-1, 6-2 first-round victory, in Paris, on Sunday.

The US Open runner-up, who entered court Suzanne Lenglen wearing a thick pink puffer jacket, and her opponent Danka Kovinic walked off the court after play was suspended with Belarusian Azarenka leading 2-1.

"No, it's eight degrees, I live in Florida, I'm used to hot weather," a furious Azarenka told the supervisor who asked her to wait on court until a decision was made on whether the match should continue.

Speaking to her opponent from Montenegro, Azarenka said: "Do you want to wait on court?

"No, it's ridiculous, it's too cold. What's the point? Sitting here like ducks," said Azarenka, who wore a wind jacket on court. The players returned after a delay of about 50 minutes and Azarenka immediately broke her opponent's serve before wrapping up victory in front of nine spectators.

"I'm happy I managed to finish early now I can watch the others play," she said in a courtside interview.

The French Open is usually played in May-June but this year's tournament was pushed back to late September due to the COVID-19 pandemic.

The weather in Paris is therefore colder than normal for the Grand Slam event with the claycourt conditions much heavier and slower than the players are accustomed to. Romanian top seed Simona Halep started slowly before hitting top gear against Spaniard Sara Sorribes Tormo to celebrate her 29th birthday with a breezy 6-4 6-0 win in the French Open first round on Sunday.

The former world number one, who won her maiden Grand Slam at Roland Garros in 2018, took her winning streak to 15, dating back to her Dubai victory in February shortly before the professional circuit shut down due to the COVID-19 pandemic.

Halep did not travel to New York for the U.S. Open due to concerns over the pandemic and spent her time playing on the claycourts in Europe.

She arrived in Paris after winning in Prague and Rome and with world number one and defending champion Ash Barty skipping the tournament, Halep is considered the overwhelming favourite to lift a second French Open title.

"I am really pleased with the victory," Halep said in an on-court interview after the sparse crowd under the newly built roof at the court Philippe Chatrier sang to wish her on her birthday.

"It feels really special and I am really honoured to play here today under the (new) roof. It was a unique moment for me playing on my birthday at Roland Garros. For ever I will keep it (memory) and I want to enjoy it as it's really special."

Against an opponent she had never played, Halep quickly found herself down 4-2 in the opening set. The Wimbledon champion had to shift gears and once she found her range and variations there was no way back for the Spaniard.

Halep hit 23 winners against the 10 by Sorribes Tormo and won the next 10 games to complete the victory in an hour and 22 minutes.

"It's always tough to start a tournament and you know I'm a bit emotional, nervous let's say," Halep said.

"She played really well in the first set, she didn't miss. Then I found my rhythm, started opening the court little better and not going for everything.

"I changed, I had the Plan B and it worked very well for me today."

Halep completed the win on her second match point when her 23-year-old opponent hit a forehand wide and the world number two will next meet the winner of the match between Jil Teichmann and Irina-Camelia Begu. 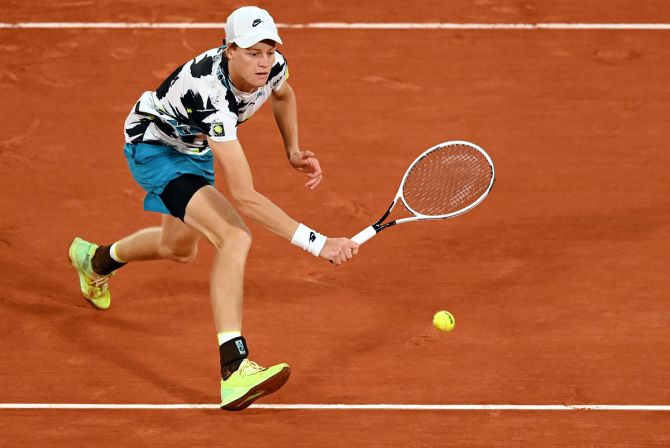 Italian teenager Jannik Sinner upset 11th seed David Goffin in a breezy 7-5, 6-0, 6-3 victory on his French Open debut on Sunday to confirm his status as one of the most exciting talents in men's tennis.

The 19-year-old, who won last year's NextGen ATP Finals title, had won his only previous meeting against Goffin in straight sets in the second round at Rotterdam this year.

But Goffin, who reached the quarter-finals at Roland Garros in 2016, would have fancied his chances against the 74th-ranked Sinner who before Sunday had only one Grand Slam win under his belt - at this year's Australian Open.

Playing his first match on the main showcourt at Roland Garros and the opener in this year's tournament, Sinner showed he belonged on this stage.

"The first set was very tight, it was like the key to manage to win the service games quite easily," Sinner told reporters.

"In the beginning, that was not easy. He was returning well. I was not serving that well. But the balls here are very heavy. The court was heavy. It was not easy.

"But at the end, when you win the first set and go up a break, it's a little bit easier to play." The Italian traded a double break of serve with his Belgian opponent at the initial stages of the match before getting the crucial third break to take the opening set.

It was all Sinner after that as his sizzling forehand started generating more power and Goffin struggled to stay in the rallies under the closed roof of court Philippe Chatrier as the Italian won 11 straight games to close in on victory.

"You never expect that," Sinner said about winning 11 straight games. "I don't think there was like one key. He maybe didn't feel that well on court. I felt well. I have just been trying to be focused."

Sinner converted his second match point when his opponent sent a forehand wide and followed it with a subdued celebration, showing the same calm and composure he displayed during the two hours on court.

Goffin hit one winner more that Sinner but the 16 additional unforced errors by the Belgian made the difference.

© Copyright 2021 Reuters Limited. All rights reserved. Republication or redistribution of Reuters content, including by framing or similar means, is expressly prohibited without the prior written consent of Reuters. Reuters shall not be liable for any errors or delays in the content, or for any actions taken in reliance thereon.
Related News: Victoria Azarenka, Danka Kovinic, Belarusian Azarenka, Paris, IMAGE
SHARE THIS STORYCOMMENT
Print this article 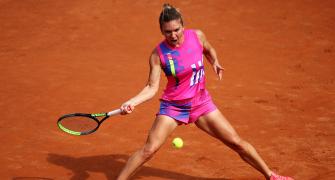 The top women's contenders at the French Open 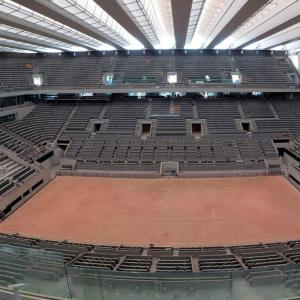