Images from Day 5 of the French Open in Paris on Thursday. 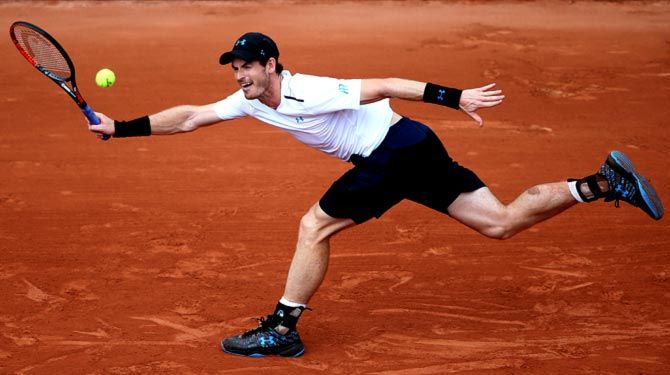 World number one Andy Murray's struggles this season on clay came back to plague him at the French Open on Thursday as he ground out an unconvincing 6-7(3), 6-2, 6-2, 7-6(3) win against Slovakian power-hitter Martin Klizan.

Out-hit and more surprisingly often out-thought in the first set by a player he had described as unpredictable, the Scot conceded it on a tiebreask.

Looking faster and keener, Murray pushed through the second set in 37 minutes and the third in one minute less.

The Slovakian, ranked 50, then began to chance his arm and, as Murray's level dipped, raced to a 5-2 lead before, with yet another momentum shift, the Scot broke back and took the fourth set to a tiebreak, closing out the match with a scrambled volley. 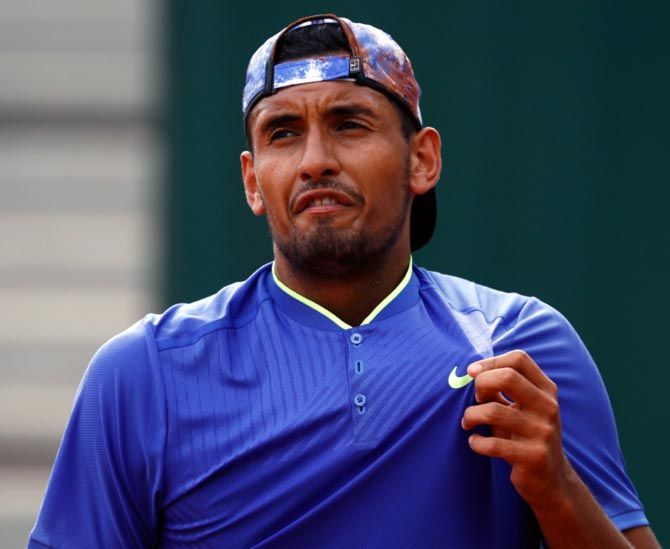 An angry Nick Kyrgios was knocked out of the French Open, going down 5-7, 6-4, 6-1, 6-2 to South African Kevin Anderson in the second round.

The temperamental Australian destroyed two rackets, including one that he smashed six times onto a cooler, and was handed a penalty point at the end of the second set.

The 18th seed has never made it past the third round at the Paris grand slam. 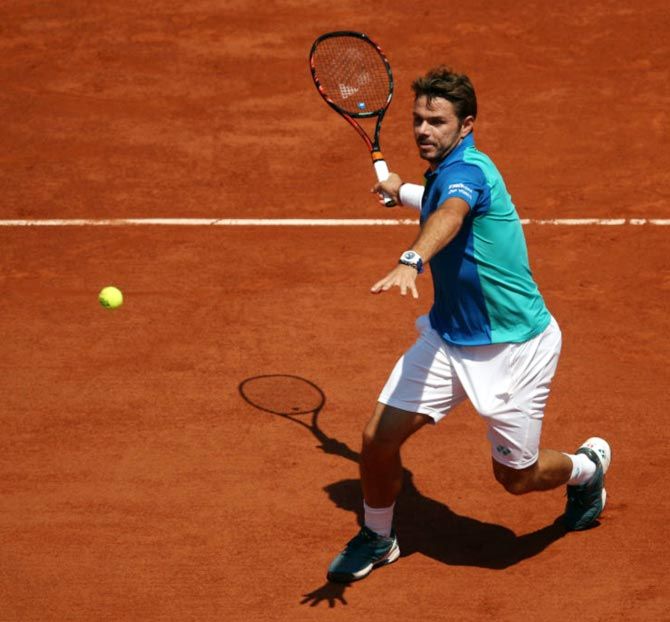 World number three Stan Wawrinka came out on top in his slugfest with Ukraine's Alexandr Dolgopolov win 6-4, 7-6(5), 7-5 on Thursday and move into the French Open third round.

The 2015 French Open champion, who has yet to drop a set here, may have won in three sets but it was tougher than it looked with Dolgopolov, a former top-20 player giving him a run for his money.

They broke each other once early in the first set and both players aggressively looked for quick winners with their rallies lasting an average of 2.8 shots.

But the 32-year-old Wawrinka, aiming to become only the third man in the professional era to win three or more Slams after turning 30, squeezed in another break to snatch the first set with a fierce backhand down the line.

The pair traded blows in a finely balanced second set before taking it into a tiebreak, with Wawrinka again emerging victorious. He sealed the second set with an ace.

It was a similar story in the third set with both players pummelling each other until Wawrinka broke Dolgopolov a second time to clinch victory and deny the world number 89 his first third round spot in Paris since 2011. 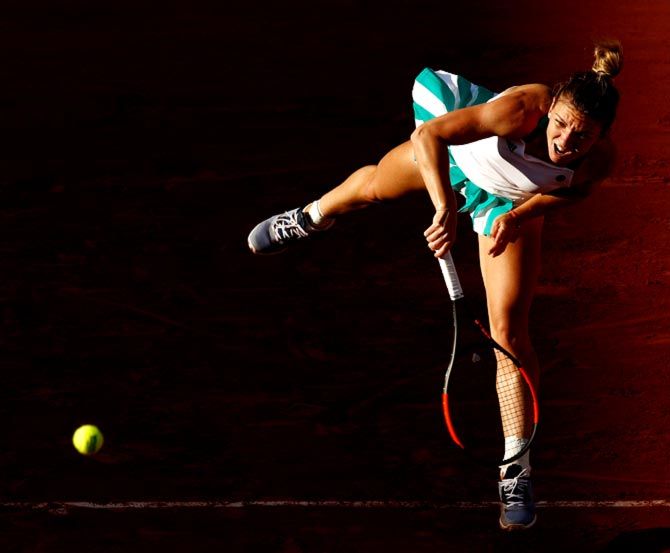 Simona Halep strolled into the third round of the French Open with a no-nonsense 6-4, 6-3 victory against unheralded German Tatjana Maria.

The Romanian third seed, who reached the Roland Garros final in 2014, was no match for world number 102 Maria, who bowed out on the first match point on Court Suzanne Lenglen.

Halep never seemed bothered by the ankle problem that could have ruled her out of the tournament. 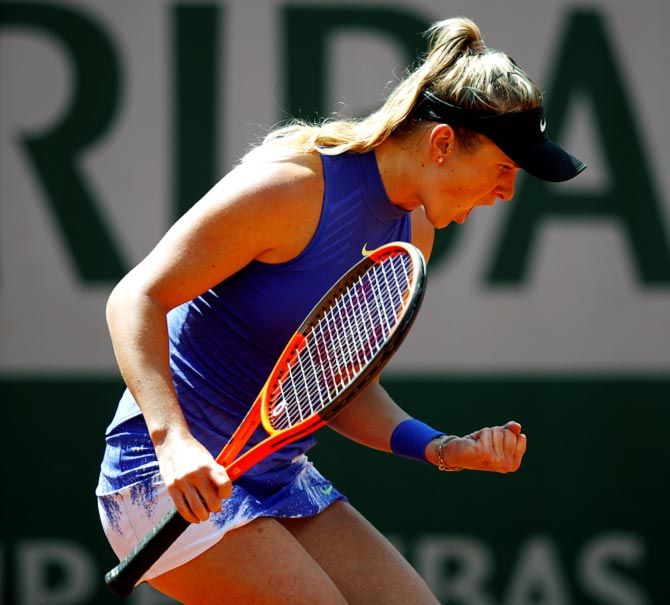 Elina Svitolina, this year's best singles player, survived a second-round scare at Roland Garros, losing her way in the first set against Bulgarian Tsvetana Pironkova before serving up a rollercoaster 3-6, 6-3, 6-2 win.

The Ukrainian, number six in the world but leading the race rankings of results accumulated during 2017, struggled early on as her heavy groundstrokes fell short or wide.

Pironkova took advantage, reeling off four games in a row to take the first set.

In a match littered with 54 unforced errors that the players shared almost equally, fifth seed Svitolina then started to find her range and struck back.

She took the second set when her 77th-ranked opponent drove a halfcourt backhand into the net, and did enough to stay on top in the third. 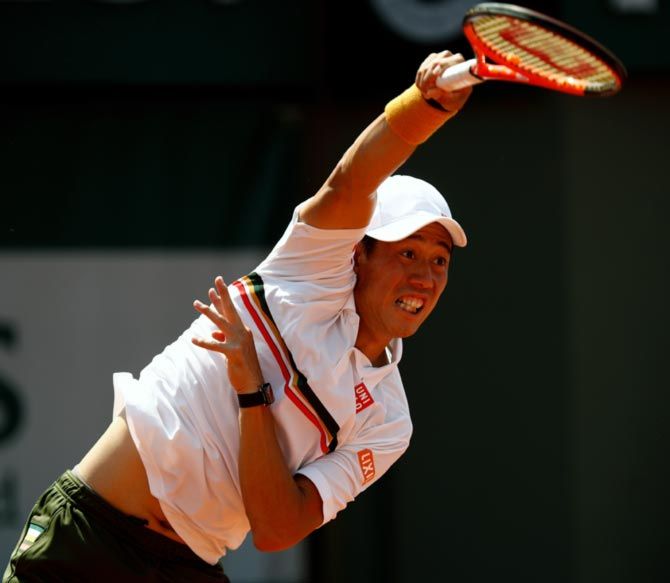 Kei Nishikori survived an injury scare and Jeremy Chardy's late revival to advance into the third round of the French Open with a 6-3, 6-0, 7-6(5) victory.

The Japanese eighth seed had to call on the trainer to have his chest massaged early in the third set. Despite that setback, he dug in to ensure he did not have to stay on court longer than necessary, wrapping up the win with a backhand winner.

He will next take on South Korea's Chung Hyeon.

Chardy won the first game on Nishikori's serve but Nishikori immediately broke back and quickly found his stride.

The Japanese, who reached the Roland Garros quarter-finals in 2015, bagged 12 consecutive games as he went from 3-3 in the first set to 3-0 in the third, when he had to take the injury time out.

He lost momentum upon resumption as Chardy broke twice to force a tiebreak.

However, once in the tiebreak Nishikori kept his wits and converted his first match point. 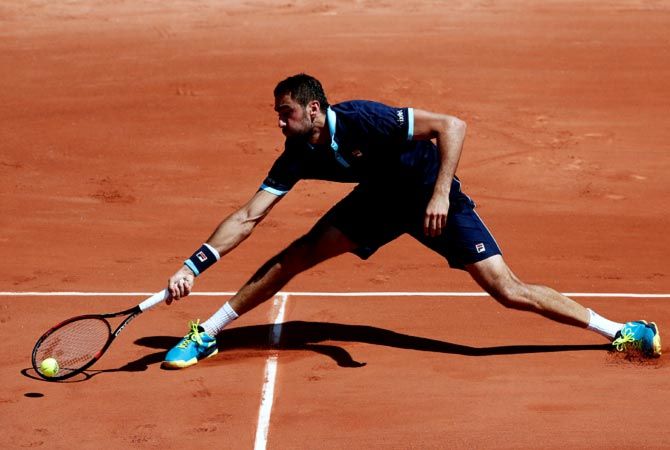 IMAGE: Marin Cilic in action during his second round match. Photograph: Benoit Tessier/Reuters

The Croatian hit an impressive tally of 37 winners during the match. 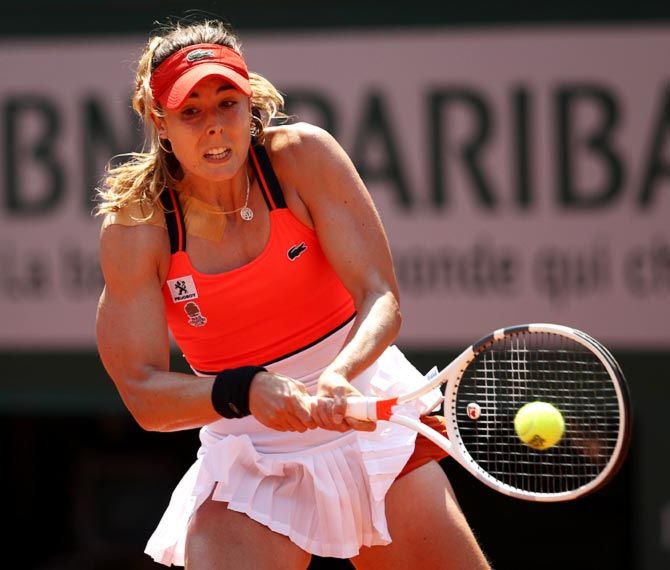 Home favourite Alize Cornet recovered from 4-2 down in the first set to bag a 6-4, 6-1 win over Barbora Strycova of Czech Republic. 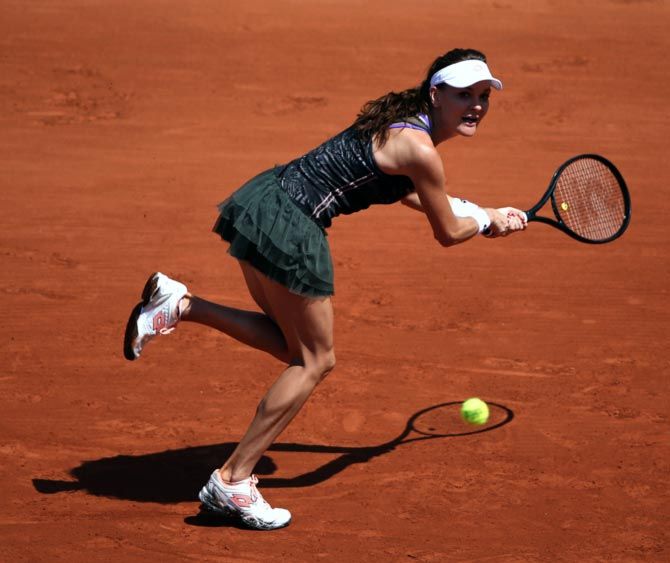 Ninth seed Agnieszka Radwanska lived up to her nickname as the 'Professor' when she dug deep into her toolbox of tactics to repel tenacious qualifier Alison Van Uytvanck 6-7(3), 6-2, 6-3 in the French Open second round.

The world number 10 was taken by surprise in the first set when the aggressive Belgian, ranked 103 spots below her, went 3-1 up and squandered four break points to go 4-1 up.

Despite fighting back, Radwanska could not handle her opponent's big kicking serve and stream of dropshots and Van Uytvanck bagged the tiebreak with a smash.

Radwanska, whose best grand slam performance was reaching the 2012 Wimbledon final, changed tactics and decided to mix it up as well, rushing to the net more often and attacking the Belgian's high-bouncing serve early to race through the second set 6-2.

The 23-year-old Van Uytvanck, who underwent wrist surgery in December and has made only one WTA main draw appearance this year prior to Roland Garros, was broken in the third game and the Pole never looked back, winning the match when her opponent dumped a backhand into the net after two hours and 23 minutes.

© Copyright 2020 Reuters Limited. All rights reserved. Republication or redistribution of Reuters content, including by framing or similar means, is expressly prohibited without the prior written consent of Reuters. Reuters shall not be liable for any errors or delays in the content, or for any actions taken in reliance thereon.
Related News: Agnieszka Radwanska, Alison Van Uytvanck, Roland Garros, Elina Svitolina, Tsvetana Pironkova
SHARE THIS STORYCOMMENT
Print this article 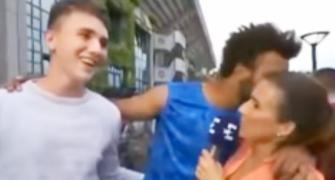 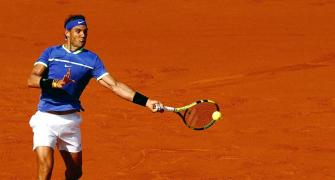 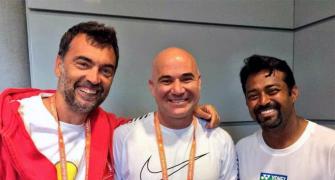 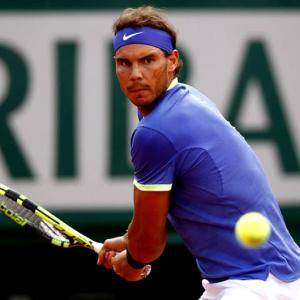 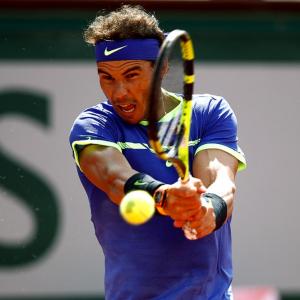