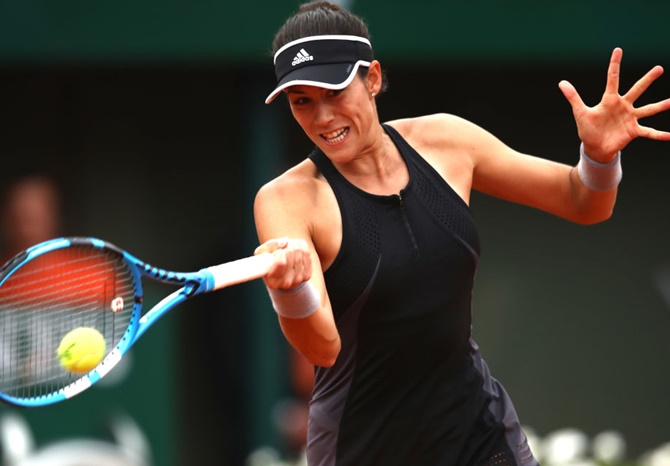 Sharapova's eagerly-awaited fourth-round clash with Serena Williams never even made it on court on Monday as her American nemesis pulled out an hour before the scheduled start with an injury.

This time the Court Philippe Chatrier crowd -- at least the ones that could be prised away from their luncheon -- got a match, if not a contest, as Muguruza roared to a 6-2, 6-1 victory. 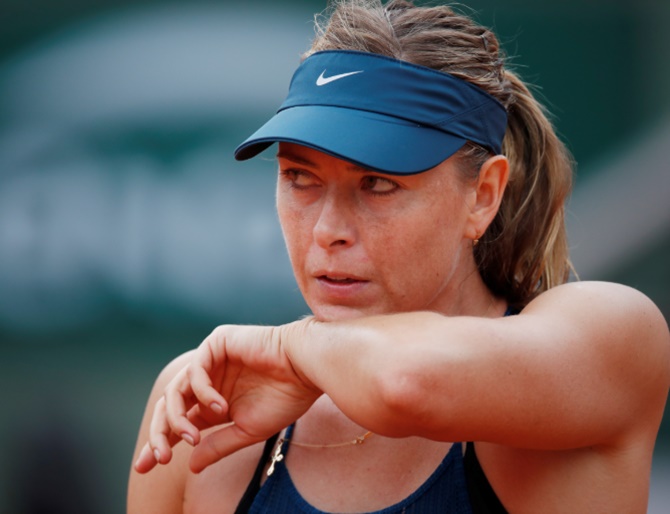 Sharapova, back at the claycourt slam for the first time since 2015 following a doping-ban, walked on court with two French Open crowns to Muguruza's one and a 3-0 head-to-head record against the reigning Wimbledon champion.

An hour and 10 minutes later the 31-year-old was walking off after her worst French Open spanking since she managed only two games against Dominika Cibulkova at the same stage in 2009.

The signs were ominous when the five-times Grand Slam champion coughed up three nervy double-faults in the opening game. Muguruza sensed weakness and pounced for a 4-0 lead.

Sharapova did finally settle, holding serve to love, but Muguruza clumped down an ace to make it 5-1.

The former world number one drilled a backhand winner down the line to hold again in the next game, the 28th seed clenching her fist as she walked to the chair.

But Muguruza was relentless and brought up two set points with a scorching backhand winner before sealing the opening set with a clubbing forehand that Sharapova fended into the net.

The only hope for the Russian was that her 2014 French Open quarter-final defeat of Muguruza, when she also got steamrollered in the first set before coming back, might play on her opponent's mind.

Service breaks were exchanged at the start of the second set but Muguruza is a far steelier player than four years ago and Sharapova did not get a sniff in the next five games as the Spaniard reached her fourth Grand Slam semi-final.

An anti-climactic match ended predictably, with a Sharapova backhand nestling in the net -- her 27th unforced error.

Muguruza, winner two years ago, will face either world number one Simona Halep in the semi-finals. 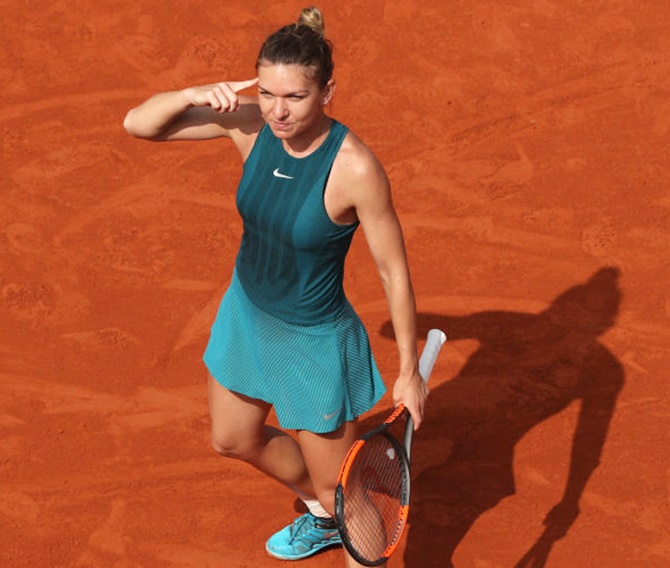 Top seed Simona Halep fought back to triumph in a bruising French Open quarter-final battle against Germany's Angelique Kerber to stand two wins away from her first Grand Slam title.

The Romanian, who lost in last year's final at Roland Garros, defeated Kerber 6-7(2), 6-3, 6-2 to book a place against Garbine Muguruza in the semis.

World number one Halep made a slow start, misfiring on her first serve and spraying her groundshots wide early on in a duel that lasted more than two hours, before steadily breaking down her opponent.

"It's always a tough match when I play against her. After the first set I just stayed strong and didn't give up," Halep told the court Suzanne Lenglen crowd in a post-match interview.

"I missed a lot in the beginning. I tried to do too much. I changed the tactics a bit and it worked."

Halep had arrived in Paris on a hot streak, reaching at least the quarter-finals in her last nine clay-court tournaments and losing only one set on her path to facing Kerber in Paris. 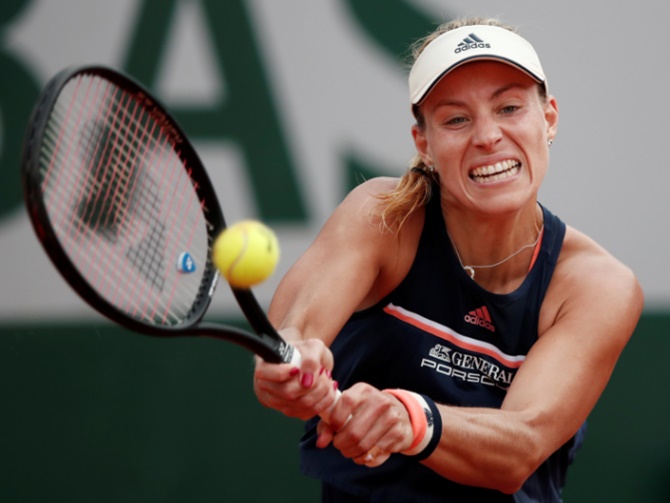 But it was the German who started the stronger, out-hitting her rival, and with lethal accuracy, to win the first four games as Halep struggled to find her serving rhythm and peppered the tramlines with unforced errors.

Slowly the normally aggressive baseliner clawed her way back into the contest, winning three straight games as both players struggled to hold on to their serves in a monster opening set.

Kerber eventually prevailed in a tiebreak, but Halep came out all guns blazing in the second, firing baseline bullets at her opponent, who tried to cling on against the onslaught.

But by the third set Halep had broken the German's defences -- and her resolve -- as she banged in 76 percent of her first serves, with only half the unforced errors of her opponent.

Halep's win knocks Caroline Wozniacki out of the race to number one in next week's rankings, and sets up a winner-takes-all contest between herself and Spain's Muguruza in Thursday's semi-final.

A Grand Slam win in Paris would bring redemption for Halep, who lost in the 2017 French Open final against Jelena Ostapenko after leading by a set and three games. 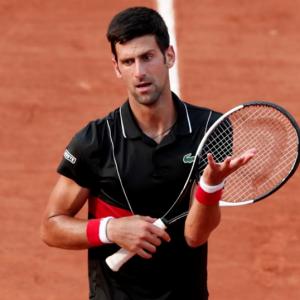