China's Li Na and defending champion Francesca Schiavone will clash in the women's singles final at the French Open.

Li overcame Maria Sharapova 6-4, 7-5 in Thursday's first semi-final and boosted her bid to become the first Asian to win a Grand Slam singles title, while Schiavone got the better of Marion Bartoli 6-3, 6-3 in the second semi-final.

In the first set, Li raced into a 3-0 lead and broke three times as Sharapova, who took two games off the Chinese player's serve, struggled for rhythm in the wind and on the clay.

An awful double fault from Li early in the second let the Russian back in but the three-times grand slam champion wasted the advantage when she committed the same error for 4-4. 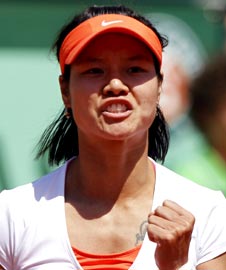 Li, who lost in January's Australian Open final, sealed victory when her opponent double faulted again to the delight of millions of Chinese watching at home and a smattering on court.

"She had a huge big serve so I thought please double fault so I can win the match," Li said courtside.

"I never believed myself that I could be in the French Open final, I wish I can do even better in Saturday's final. It was a tough match."

Seventh seed Sharapova tried to attack Li's stronger forehand from the baseline and failed to mix up her game, playing into the dogged sixth seed's hands.

The Chinese sports minster is set to fly over to Paris for the final, organisers said, joining a number of fans who donned the traditional panama hats on Thursday and other Chinese supporters who wore the red and yellow colours of their flag.

Sharapova was aiming for her first French Open title to complete a career Grand Slam.

© Copyright 2022 Reuters Limited. All rights reserved. Republication or redistribution of Reuters content, including by framing or similar means, is expressly prohibited without the prior written consent of Reuters. Reuters shall not be liable for any errors or delays in the content, or for any actions taken in reliance thereon.
Related News: Li Na, Maria Sharapova, Francesca Schiavone, Novak Djokovic, Roger Federer
COMMENT
Print this article 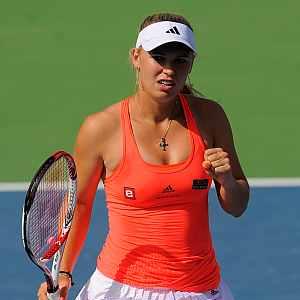 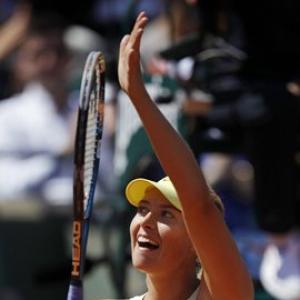