Ricciardo rocks Delhi, gives a taste of Formula One

With only 30 days left for the inaugural Indian Grand Prix, the Delhiites, on Saturday, got the first taste of Formula One with young racer Daniel Ricciardo burning the rubber of a Red Bull Racing car on the historic Rajpath.

It was a fast and furious drive on a two-mile long stretch, with speed metre touching around 250kms during the show named 'Speed Street'.

Ricciardo ran his car thrice on the Rajpath, enthralling the 2000-strong crowd. Incidentally, Ricciardo replaced India's Narain Karthikeyan in the Hispania for the second half of the 2011 season,

Ricciardo also shook a leg with a Bhangra Group, which performed in between. 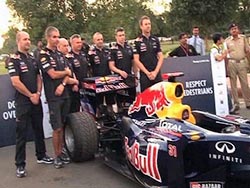 At the end of his performance, Ricciardo held the Indian tri-colour and waved to the crowd, drawing huge cheers.

The Australian racer later addressed a chaotic press conference and said F1 would prove to be beneficial for motorsport in the country.

"With Karun and Narain racing (in home race), it's good for the country. Force India are also doing well," he said.

Karthikeyan is the only Indian driver confirmed for the October 30 race as Karun Chandhok's Team Lotus has not yet made it clear whether he will get a chance to race on his home track.

Ricciardo said Narain is his "main competitor in the Hispania team" as the two shared 2011 calender races between them with Vitatonio Liuzzi being the lead driver.

Asked what speed he managed while driving on Saturday, he said, "I am not sure but I think I was close to 270kms."

Then there was rock-group Indian Ocean belting out their chartbuster -- 'Areey Ruk Ja Re Bandey'.

Nagesh Kukunoor, the noted director of successful films like Iqbal, Dor and Hyderabad Blues -- made a guest appearance along with popular VJ Ranvijay Singh.

Six Renault Koleos cars added to the excitement by putting up a decent stunt show. 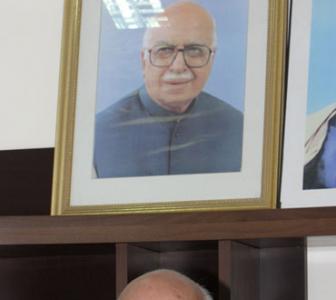 We have to learn from the mistakes of Congress: BJP
Barca lose Fabregas to injury for three weeks
Somerset-Redbacks tie abandoned because of rain 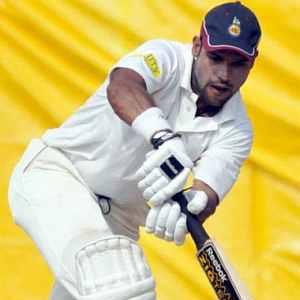