Resta bags one point for Force India from Korean GP

Sahara Force India returned with one point from Korean Grand Prix as finished ninth and Adrian Sutil just ended outside the top-10 bracket, in Yeongam, South Korea, on Sunday.

Starting ninth from the grid, Resta lost a place eventually in the race, which Sebastian Vettel won to seal the constructors' championship for Red Bull.

Vettel has already sealed the drivers' championship for the second consecutive season. 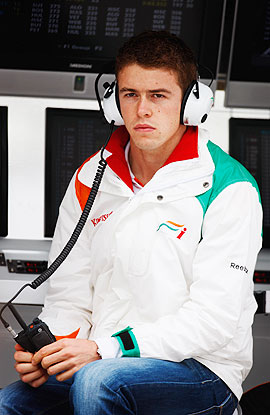 Sutil had also started in top-10 but missed out on points, which means that the team will have to do extremely well in the last three races, starting with the Indian Grand Prix, to realise the dream of finishing fifth in the constructors list.

Fortunately for Force India, fifth-placed Renault did not get a single point. Now the gap between the two teams is 23 with Renault on 72.

However, Toro Rosso are putting pressure on the Indian team as both their drivers were among points despite starting outside top-10.

Jaime Alguersuari finished seventh and Sebastian Buemi ninth to earn a total of eight points for the team, which now stands eighth with 37 points, three short of Sauber.

"It's good to come away with a point, but ultimately we didn't have the performance to match Toro Rosso today. In terms of tyres, we probably should have been a bit more aggressive with the strategy and used my new supersofts at the start of the race, rather than the used set, but I'm not sure it would have changed where we finished," Resta said.

Sutil said the jon gas become a bit difficult for the side in the remainder of the season.

"I think our strategy was good and I made my first stop when the safety car came out, but our main competitor today was Toro Rosso and we just didn't have the pace to beat them.

"It's clear that we have to fight really hard in the final three races because the race pace of our close competitors is strong and we will need to score points to hold on to our sixth position," he said. 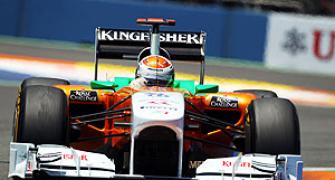 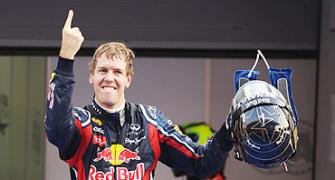 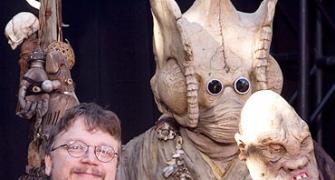 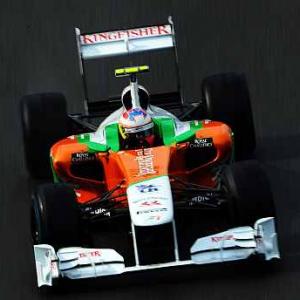