Among all the celebrations for Red Bull's second Formula One constructors' championship in South Korea on Sunday, one familiar team face was notably absent.

Adrian Newey, the technical boffin who has created title-winning cars for three teams and been a driving force behind Red Bull's double-double -- successive drivers' and team titles -- was hard at work on the other side of the planet designing the next world beater. 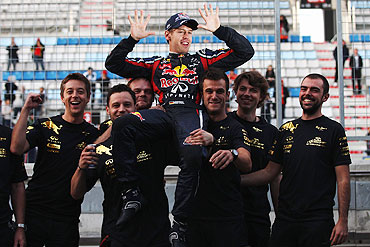 "Focus has to start moving towards next year and we've got less than four months to design and build a completely new car," said team principal Christian Horner after German double champion Sebastian Vettel took his 10th win in 16 races this season.

"That's why Adrian elected not to attend this race. He's busy back in the UK focused on our RB8 (car)."

As Horner pointed out with a smile, rivals might tolerate one world championship but two in a row will have proved seriously upsetting.

Making it three in a row -- a feat only ever achieved by Ferrari, McLaren and Williams -- will be his men's stiffest challenge yet.

"It never gets easier, that's for sure," said Horner.

"It would be foolish to underestimate the likes of Ferrari. They are a phenomenal team with tremendous pedigree, or the likes of McLaren and Mercedes Benz.

"We are not foolish or arrogant enough to think that this kind of performance is normal. It's abnormal and it takes a superhuman effort to try and achieve. Our competitors are going to be pushing hard over the winter."

Red Bull at least have the luxury of being able to treat the last three races as a test bed for 2012, even if they are also chasing a couple of records to put the icing on the cake, before the winter clampdown on testing.

Vettel can still equal compatriot Michael Schumacher's 2004 record of 13 wins in a single season and, with 12 poles so far, also beat Nigel Mansell's 1992 feat of 14 in a campaign.

"The remaining races are the only track time that we've got, other than a young driver test, between now and when the new car is effectively born," said Horner.

"So we'll look to learn everything we can out of the track time that we have available. And that means pushing right up to the chequered flag in Brazil."

Red Bull also want to wrap up a triumphant year by securing second place overall for Vettel's Australian teammate Mark Webber, who has yet to win a race this year after challenging for the title in 2010.

"I think the priority now is to get Mark into second in the championship," declared Horner.

"Effectively its like three FA Cup finals so I think they will be really exciting races ... both McLaren and Ferrari have been competitive here and I think it will be tight in India, Abu Dhabi and Brazil."

© Copyright 2021 Reuters Limited. All rights reserved. Republication or redistribution of Reuters content, including by framing or similar means, is expressly prohibited without the prior written consent of Reuters. Reuters shall not be liable for any errors or delays in the content, or for any actions taken in reliance thereon.
Related News: Christian Horner, Sebastian Vettel, McLaren, Ferrari, Mark Webber
COMMENT
Print this article 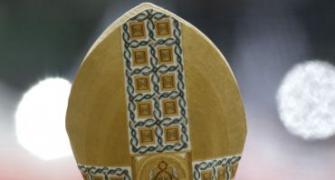 Christians most persecuted in the world now: Vatican 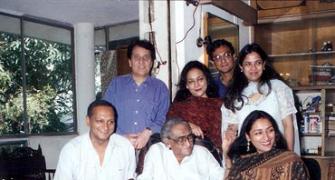 'Our father Ashok Kumar really left a mark on our lives' 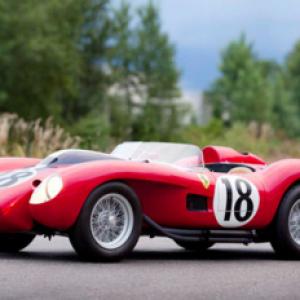