Sports Minister Ajay Maken will be conspicuous by his absence at the inaugural F1 Grand Prix, but he made it clear that he was never expecting an invitation after the organisers' request for Rs 100-crore tax exemption was turned down by him.

"I was never expecting an invite from the F1 organisers. I am not a star or a celebrity or an item girl, I am only a Sports Minister. When I rejected their request for tax exemption and custom duty, then why should I expect an invitation," Maken said.

His comments came after no formal invitation had been extended to him for the event by the promoters Jaypee Group, which is being widely interpreted as a deliberate snub.

"Any tax exemption is as good as granting aid. The PT Usha academy does not have a synthetic track, it is such projects which require government support rather than F1," the minister added.

A top source in the Sports Ministry said that the organisers had sent two passes to Maken at his residence.

"It is not the way to invite the Sports Minister to such an event. It is nothing but a deliberate slight to the Minister," the source said.

The Jaypee Group, which has built the swanky Buddh International Circuit at a cost of around Rs 2000 crore, had appealed to the government to reconsider the tax exemption issue but the Sports Ministry rejected it on October 24.

The source said that the Commonwealth Games and the Cricket World Cup were granted tax exemptions because of certain pre-conditions that the championship would be held in India after such a commitment was available.

According to a Sports Ministry document related to the tax exemption issue, the F1 race was granted permission at no cost to the government.

While rejecting the request for tax exemption, Maken had noted in the file "I agree with Sec (Sports).... The approval letter clearly says that the permission to hold this event with no cost to the government subject to the following conditions.

".... (V111) no claim for the custom duty or tax exemption or any other exemption as a sporting event. I do not see any need to change/amend this condition," Maken wrote in the file on October 24.

"Besides this letter, the conditions of which were approve by me also says that the contribution for 2010-11 to be made upfront. The annual contribution to NSDF for sports promotion were enhanced by me from Rs 5 crore to Rs 10 crore as mentioned in Para 5 (X). I hope the contribution as mentioned above would have been realised by the Ministry," he wrote.

Among the celebrities, who have been invited for the high-profile race tomorrow include Bollywood stars Shah Rukh Khan and Arjun Rampal and cricketers Sachin Tendulkar, Yuvraj Singh and Gautam Gambhir. 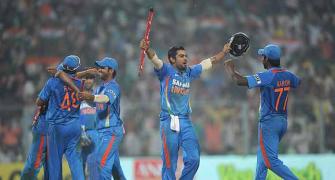 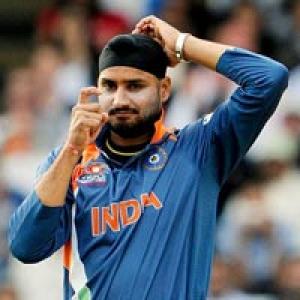