A British judge found on Thursday that Bernie Ecclestone had paid bribes to a German banker as part of a "corrupt agreement" linked to the 2005 sale of a stake in Formula One - an issue at the heart of Ecclestone's forthcoming bribery trial in Germany.

The British court ruling went in Ecclestone's favour in that it dismissed a claim for damages brought against him by a German firm, but it contained damning conclusions about the 83-year-old who has dominated the motor racing business for decades.

The judgment by the London High Court added to Ecclestone's legal woes ahead of his criminal trial, scheduled to start in Munich in April, over the same events dating back to 2005.

"I am afraid that I find it impossible to regard him (Ecclestone) as a reliable or truthful witness," Judge Guy Newey, who had heard oral evidence from Ecclestone during the civil trial, wrote in his judgment.

The trial stemmed from a claim for more than $100 million (60 million pounds) in damages against Ecclestone and others connected to him, brought by German media company Constantin Medien.

Constantin had alleged that a controlling stake in Formula One held by German bank BayernLB had been undervalued when it was sold to private equity fund CVC as a result of a "corrupt bargain" between Ecclestone and former BayernLB banker Gerhard Gribkowsky. 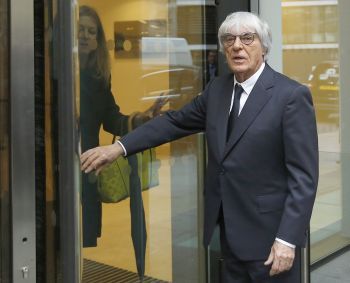 Constantin, which had an interest in the BayernLB stake, alleged it had lost out as a result of the undervaluation, hence its claim for damages against Ecclestone and others.

Gribkowsky was jailed by a Munich court in 2012 for tax evasion and corruption for taking a $44 million payment from Ecclestone and his family trust after the Formula One sale.

"THE PAYMENTS WERE A BRIBE"

Judge Newey rejected Ecclestone's explanation that the $44 million payments were unrelated to the sale and that he had made them because Gribkowsky was threatening to make false claims about Ecclestone's tax affairs.

"The payments were a bribe," the judge wrote.

"They were made because Mr Ecclestone had entered into a corrupt agreement with Dr Gribkowsky in May 2005 under which Dr Gribkowsky was to be rewarded for facilitating the sale of BLB's shares in the Formula One group to a buyer acceptable to Mr Ecclestone."

That is potentially damaging to Ecclestone as the same factual issues will form a substantial part of his looming trial in Germany. He faces a possible jail sentence if convicted.

Ecclestone has repeatedly denied wrongdoing and says he will fight to clear his name in Germany.

The British judge also rejected Constantin's version of events, saying it was "no part of Mr Ecclestone's purpose" to undervalue the BayernLB stake.

"Mr Ecclestone's aim was to be rid of the banks. He was strongly averse to their involvement in the Formula One group and was keen that their shares should be transferred to someone more congenial to him," he wrote, referring to CVC.

Ecclestone has been forced to relax his grip on Formula One until the German criminal case is settled.

Formula One has said that Ecclestone remains in day-to-day charge of running the business, which has an annual turnover of around $1.5 billion, but he has stepped down as a director pending the outcome of the German trial.

Ecclestone will also face tighter supervision from a Formula One board that includes prominent businessmen including Nestle chairman Peter Brabeck and CVC co-founder Donald Mackenzie.

The uncertainty over Ecclestone's future makes it hard to revisit stalled efforts to launch an initial public offering of a sport that attracts hundreds of millions of television viewers to its series of grand prix races held around the globe. 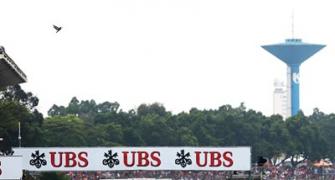 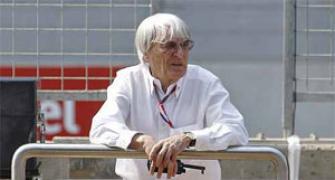 Ecclestone's future as F1 chief could be settled in court 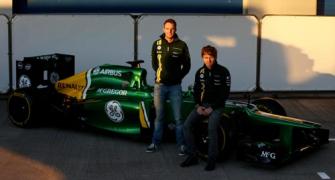 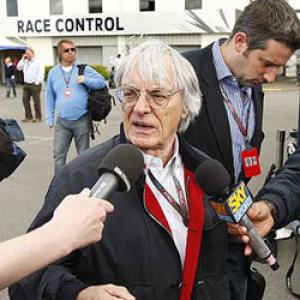 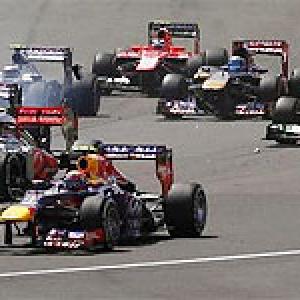 Liberty, Discovery seek 49 per cent stake in Formula One?