Formula One teams headed to China on Monday still unsure whether their return trip would take in troubled Bahrain for the following grand prix next week amid safety fears and increasingly loud calls for that race to be cancelled.

Team sources said some had hedged their bets by routing personnel on return flights via Abu Dhabi, Dubai or Oman with alternative reservations for the last leg of the journey back from Shanghai.

That would allow them to bypass Bahrain if the race was cancelled.

Others said they expected the race in Bahrain, where protests against the ruling family have been occuring on an almost daily basis with activists calling for the Grand Prix to be cancelled, would proceed as planned and were planning accordingly.

"We're going on and that's it," said one team member. "If the race is cancelled, we'll deal with it."

A report in the Times newspaper that some teams had given "hundreds of engineers, mechanics and catering staff" two sets of tickets -- one a simple return to China and the other back via Bahrain -- was seen as wide of the mark by some.

"Maybe some teams can afford that but it's not something we are doing," said a member of one of the less wealthy teams while waiting at London's Heathrow airport for a flight.

"That would cost an arm and a leg. We definitely don't have that sort of cash."

The governing International Automobile Federation (FIA), commercial supremo Bernie Ecclestone and Bahrain organisers have all said the April 22 race is on.

Top British-based teams have also been supportive, in public at least and despite evident doubts.

"I feel very uncomfortable about going to Bahrain," one unnamed principal told the Guardian newspaper on Monday.

"If I'm brutally frank, the only way they can pull this race off without incident is to have a complete military lock-down there. And I think that would be unacceptable, both for Formula One and for Bahrain.

"We're all hoping the FIA calls it off," he added.

"From a purely legal point of view, in terms of insurance and government advice, we are clear to go. But what we find worrying is that there are issues happening every day."

An FIA spokesman said over the Easter weekend that the Paris-based body was "constantly monitoring and evaluating the situation" and keeping in touch daily with foreign embassies and the authorities in Bahrain.

A McLaren spokesman, whose team is part-owned by Bahrain's Mumtalakat sovereign wealth fund, said any decisions were up to the governing body.

"It is the FIA Formula One world championship and we look to the FIA to offer us guidance," he said.

Bahrain has suffered civil unrest since an uprising in February last year and the situation has grown more tense in recent weeks as the race date approaches and the health of a jailed activist on hunger strike deteriorates.

More than 5,000 demonstrators and police faced off near the capital Manama on Friday with the protestors demanding the release of hunger striker Abdulhadi al-Khawaja.

Abdulhadi has been on hunger strike for more than 60 days and was moved to a military hospital on Friday in a fragile conditions.

FIA president Jean Todt is expected to be in China, as is Ecclestone, and there are likely to be a number of meetings in the Shanghai paddock -- possibly up until as late as Sunday morning.

"Friday has been the busiest day for protests in Bahrain so Saturday looks the most likely day for any emergency meeting (in Shanghai)," commented one team member.

Last year's Bahrain Grand Prix was repeatedly re-scheduled and then reluctantly cancelled by organisers due to the violence in the country.

© Copyright 2022 Reuters Limited. All rights reserved. Republication or redistribution of Reuters content, including by framing or similar means, is expressly prohibited without the prior written consent of Reuters. Reuters shall not be liable for any errors or delays in the content, or for any actions taken in reliance thereon.
Related News: FIA, Bahrain, Abdulhadi al-Khawaja, China, Bernie Ecclestone
COMMENT
Print this article 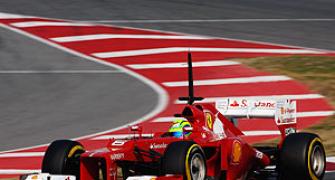 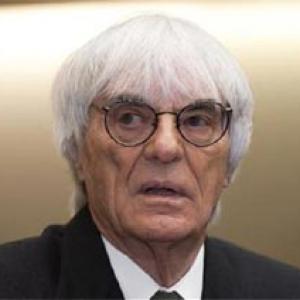 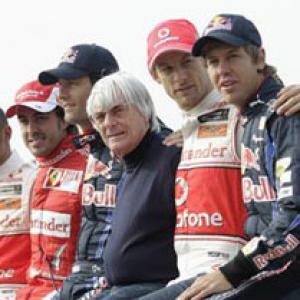