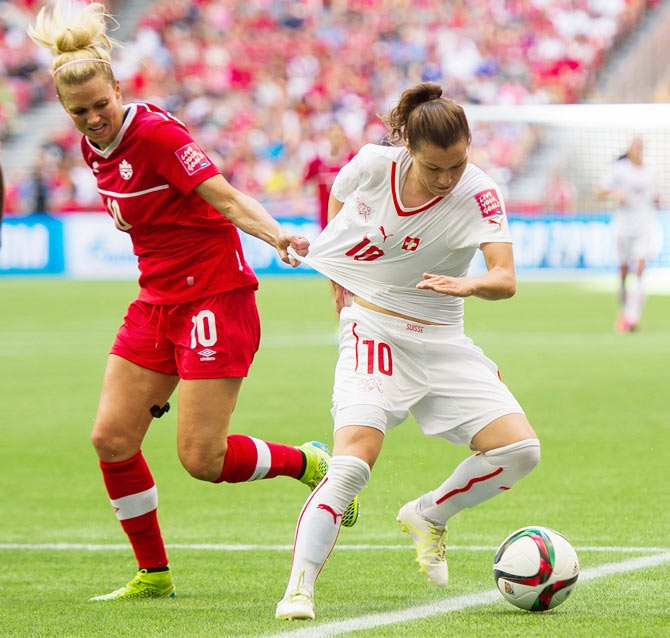 The annual award, which will be given at this year's ceremony in Paris on Dec. 8, is a regular feature for men since 1956 with England great Stanley Matthews winning the inaugural trophy.

"It is a step forward, women's football is evolving and inequality is shrinking even though there is still room for improvement," France and Olympique Lyonnais defender Wendie Renard told the magazine.

The Ballon d'Or award was partnered with FIFA from 2010 to 2015, until becoming its own entity once again.

The sport's world governing body will honour the world's best players at its Best FIFA Football Awards on Monday.

American Carli Lloyd and Lieke Martens from the Netherlands have won the FIFA best player award for women since it was rebranded in 2016.

La Liga’s plan to host a game in the United States suffered another blow on Monday when the Spanish Football Players’ Association (AFE) announced they were against the idea.

The league's ambition to stage Jan. 26’s Girona verses Barcelona fixture in Miami have been met with resistance from the Spanish soccer federation (RFEF), which last week refused to back the idea until they received more information.

This led to a public war of words between La Liga chief Javier Tebas and RFEF president Luis Rubiales.

After receiving a more detailed analysis of the idea, the AFE aligned themselves with the RFEF, highlighting potential breaches of the collective agreement between the AFE and La Liga.

"Also, the AFE points out that at the moment the necessary authorisations required to play said game in the USA have not been given," the AFE said in a statement.

© Copyright 2020 Reuters Limited. All rights reserved. Republication or redistribution of Reuters content, including by framing or similar means, is expressly prohibited without the prior written consent of Reuters. Reuters shall not be liable for any errors or delays in the content, or for any actions taken in reliance thereon.
Related News: Best FIFA, AFE, RFEF, Ballon, La Liga
SHARE THIS STORYCOMMENT
Print this article