Football Briefs: Neymar on brink of record move to PSG? 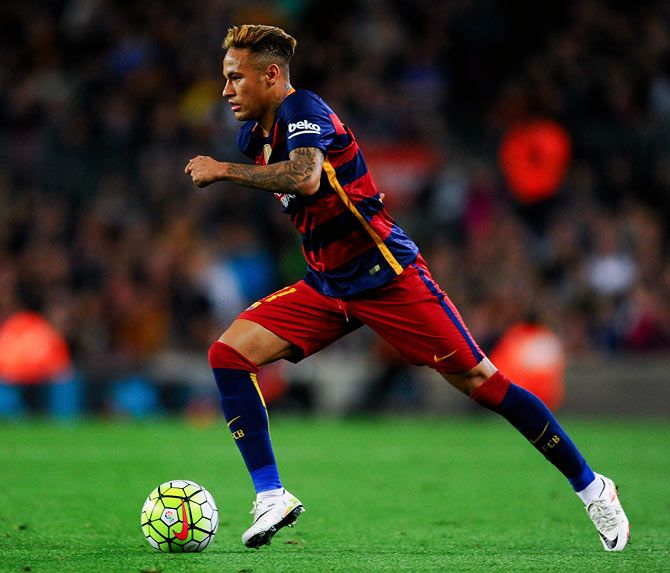 IMAGE: FC Barcelona's Neymar Jr has had to cancel an event scheduled for next week in China because he is "busy with transfer business". Photograph: David Ramos/Getty Images

Brazilian striker Neymar stormed out of a Barcelona training session on Thursday as speculation mounted about a world-record move to Paris St Germain.

A personal appearance in China next week was cancelled because he was said to be "busy with transfer business".

Pictures of Barca training in Miami for Saturday's game against arch-rivals Real Madrid in the International Champions Trophy showed Neymar having to be kept apart from team mate Nelson Semedo before removing his bib and stomping away from the session.

Suggestions that he might have weighty matters on his mind increased when Chinese travel agent Ctrip posted on its official Weibo account that it has had to cancel an event with Neymar because he is "busy with transfer business".

Ctrip said the event was scheduled for Shanghai next Monday and that anyone who had bought tickets would be refunded.

PSG have reportedly held discussions with Barcelona about a transfer for the 25 year-old that would smash the world record 89 million pounds ($117) Manchester United paid for France midfielder Paul Pogba last year.

Neymar's buy-out clause was set at over 200 million euros ($234 million) but that does not appear to have deterred PSG, who are backed by Qatari finance and lost their French league title to AS Monaco last season.

LA Galaxy have signed Mexico midfielder Jonathan dos Santos from Spain's Villarreal in a bid to turn around their season, the Major League Soccer club said on Thursday.

Dos Santos, who represented Mexico at the Confederations Cup, will begin training with the Galaxy on Friday before being unveiled at a media conference.

"His signing will significantly improve our team as we continue to push for the playoffs and, ultimately, a sixth MLS Cup," LA Galaxy coach Sigi Schmid said in a statement.

"We believe Jonathan will be a leader during the second half of this season and for years to come. We look forward to him joining our squad."

The move reunites Dos Santos, 27, with his older brother Giovani dos Santos, who joined the Galaxy in July, 2015, also from Villarreal.

Jonathan dos Santos will not be available when the Galaxy host the Seattle Sounders on Saturday since he will only be officially added to the roster pending the receipt of his visa and international transfer certificate.

He was named in the Confederations Cup's 'Best XI' after starting in four games and helping his country reach the semi-finals.

The midfielder began his career with Barcelona in 2009 before joining Villarreal, where he has made nearly 90 league appearances and scored four goals since 2014.

Internationally, Dos Santos has made 29 appearances across all competitions for Mexico.

He joins his brother and Frenchman Romain Alessandrini as Galaxy's third designated player.

Los Angeles are sitting in ninth place in the 11-team Western Conference, five points removed from the sixth and final playoff spot, with 14 games remaining.

Former Burnley midfielder Joey Barton has had his ban for breaking rules concerning betting on matches reduced by almost five months on appeal, the English Football Association said on Thursday.

Barton was banned for 18 months in April after being charged with placing 1,260 bets on football matches or competitions from 2006 to 2016, in breach of FA rules which prohibit players from gambling on games.

"Following an Appeal Board hearing last week, where he challenged the suspension from football and all football activity, the sporting sanction has been reduced and will now expire on 1 June 2018, instead of the original decision expiry of 25 October 2018," the FA said in a statement.

Barton was released by Burnley in May following his suspension, having rejoined the club in January after a brief spell with Rangers.

Barton's contract was terminated by the Scottish club in November after a training ground argument with team mate Andy Halliday resulted in a three-week internal suspension.

"It feels good and I'm very happy to be here, to be part of this club. I'm looking forward to touching the ball, meeting my new team-mates and starting to play football," Merino told Newcastle's website (www.nufc.co.uk).

"I know it's a great club and a really nice city. I had different options but I think this is the right place for me to play."

Merino, who moved to Dortmund from Spanish side Osasuna at the start of last season, made eight appearances in all competitions for the German club.

He also featured for his country in last month's European under-21 championship in Poland, helping Spain finish as runners-up to Germany.

"He's a good size, has quality on the ball and he's very, very focused and professional. Hopefully he's the kind of player we can improve a lot - he certainly has the mentality to get better and better," Benitez said.

© Copyright 2022 Reuters Limited. All rights reserved. Republication or redistribution of Reuters content, including by framing or similar means, is expressly prohibited without the prior written consent of Reuters. Reuters shall not be liable for any errors or delays in the content, or for any actions taken in reliance thereon.
Related News: Jonathan Dos Santos, Neymar Jr, PSG, Joey Barton, Mikel Merino
COMMENT
Print this article 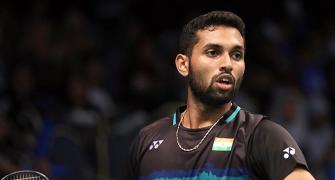 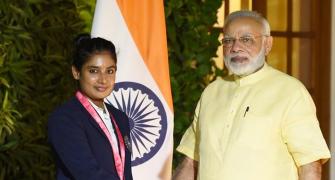 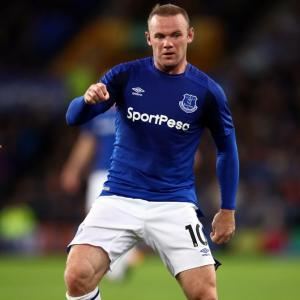 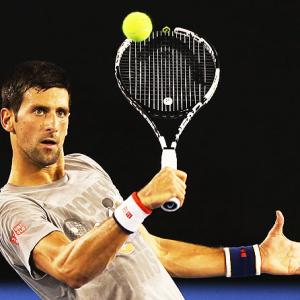