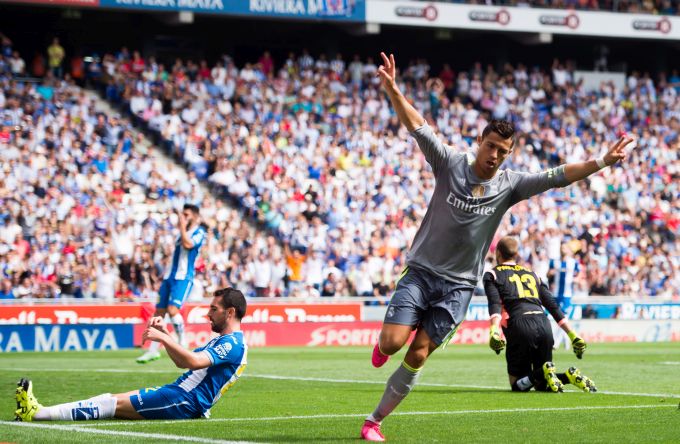 Real Madrid forward Cristiano Ronaldo ended his early-season drought in emphatic style when he hit five goals in a 6-0 romp at Espanyol on Saturday to become the club’s record scorer in La Liga.

The Portugal captain had failed to find the net in Real’s opening two games of the campaign but a blistering performance took his tally in Spain’s top flight to 230, overtaking former striker Raul's total of 228.

The 30-year-old FIFA Ballon d'Or holder scored in the seventh, 17th (penalty), 20th, 61st and 81st minutes and Karim Benzema struck in the 28th minute as Real put a hapless Espanyol to the sword to move on to seven points from three matches.

Bale's centre from the left set up Ronaldo to volley in his third, equalling Barcelona forward Lionel Messi's Spanish record of 32 hat-tricks, before he turned provider by crossing for Benzema to make it 4-0 inside half an hour.

Bale set Ronaldo up again after a swift counter attack and substitute Lucas Vazquez made the assist for the former Manchester United man's fifth and Real's sixth.

"They (Espanyol) have a good team but when Cristiano has his day it's impossible," Real's Portugal defender Pepe told Spanish television.

Champions Barcelona play at 2013-14 title winners Atletico Madrid later on Saturday with both teams having won their opening two games without conceding a goal.

© Copyright 2020 Reuters Limited. All rights reserved. Republication or redistribution of Reuters content, including by framing or similar means, is expressly prohibited without the prior written consent of Reuters. Reuters shall not be liable for any errors or delays in the content, or for any actions taken in reliance thereon.
Related News: Cristiano Ronaldo, La Liga, RCD Espanyol, Real Madrid, Gareth Bale
SHARE THIS STORYCOMMENT
Print this article 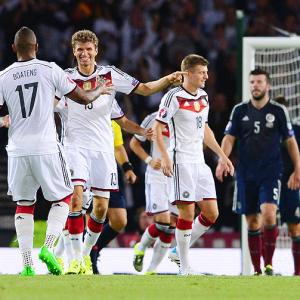 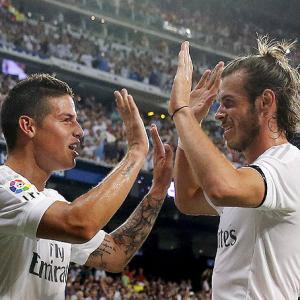