FIFA boss Sepp Blatter unveiled the 2018 World Cup logo with cosmonauts in Moscow, which has a strong resemblance to an alien.

The logo depicts the World Cup trophy in red and blue, colours from the Russian flag, with gold trim.

Unveiling the logo on a Russian state TV talk show, Blatter said that the logo would show Russia's heart and spirit.

It was then presented over video link by a crew of three Russian cosmonauts on the International Space Station , 400 kilometer above Earth.

Cosmonaut Elena Serova said that seeing the football World Cup in their country was a dream for all of them.

Simultaneously with the logo's appearance on TV, it was beamed onto Moscow's Bolshoi Theatre as part of a light show.

Blatter also said that he of course already saw the logo and liked it very much, adding that this is the symbol of the country, its heart and soul.

However, the reaction on social media was more or less unanimous that the World Cup logo looks like an alien -- specifically, the alien from American Dad! 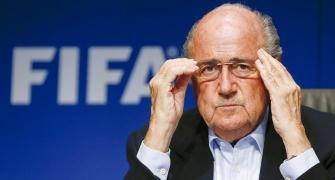 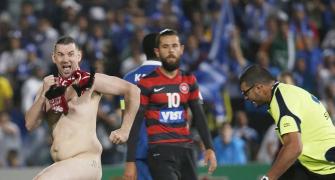 Photos: The Pitch invaders are back and how! 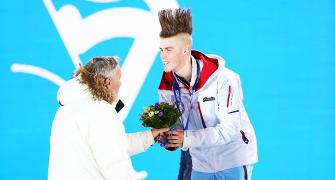 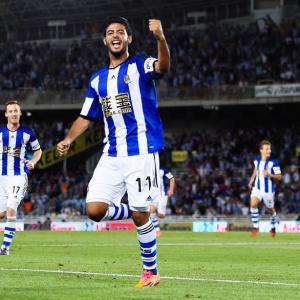 Sports Shorts: Vela gets Mexico call-up despite years of refusals 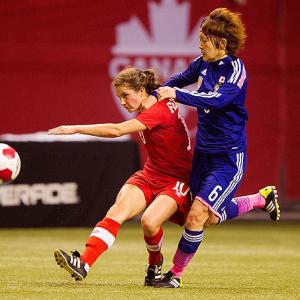