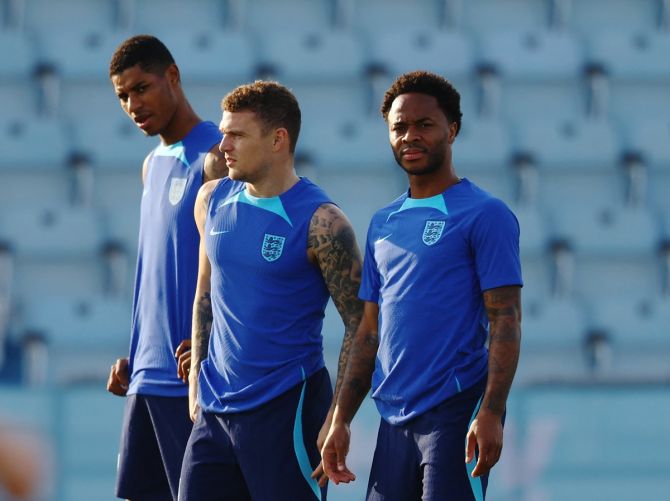 England's Raheem Sterling will return to their World Cup base in time for the quarter-final clash with France this weekend, the FA said on Thursday, after the forward returned home following a robbery at his residence.

Sterling did not play a part in the 3-0 win over Senegal in the last 16, leaving Qatar last weekend to return to his family.

"The Chelsea forward temporarily left to attend to a family matter but is now expected to rejoin the squad in Al Wakrah on Friday ahead of the quarter-final with France," the FA said in a statement.

England play France at Al Bayt Stadium on Saturday, looking to dethrone the world champions and reach the semi-finals again after they fell at the last-four hurdle in Russia four years ago.

Sterling made two appearances in the group stages, grabbing a goal and assist in the 6-2 win over Iran in England's opener.

But he will be competing for a spot in the starting lineup with Bukayo Saka and Marcus Rashford -- who have both scored three goals in Qatar -- as well as Phil Foden.

If England go through, they will play the winners of the quarter-final between Portugal and surprise package Morocco. 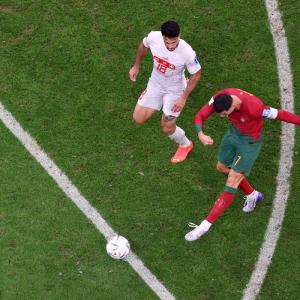