Two strikes from Ghana on Thursday broke the African goal drought at the World Cup but none of the continent’s five teams have been able to post a win in Qatar in stark contrast to their Asian counterparts.

While both Japan and Saudi Arabia pulled off sensational upsets against former world champions, Africa has endured poor results and have only as many points as they have goals.

Cameroon, Ghana and Senegal lost their opening matches while Morocco and Tunisia managed goalless draws against more fancied opponents, riding a wave of inspirational support from thousands of their fans who filled the stadiums.

Both countries have large migrant communities in the Gulf state and they ensured a rollicking atmosphere as Morocco and Tunisia rose to the occasion.

Both played at a much higher tempo than they usually do, buoyed by the encouragement, but it now remains to be seen whether they will be able to deliver a performance of the same intensity in their second group games after only three days of rest.

Tunisia drew 0-0 with Denmark on Tuesday in Group D while Morocco held Croatia, runners-up, at the last World Cup, in their Group F clash on Wednesday.

That was followed by narrow defeats for Cameroon and Ghana on Thursday.

Cameroon-born Breel Embolo scored against the country of his birth as Switzerland edged them 1-0 in Group G, the goal coming after the African side had dominated the first half and missed several good chances to take the lead.

Ghana were beaten 3-2 in Group H by Portugal but complained bitterly about the refereeing. But coach Otto Addo also said: “(Africa’s) results have to improve and I hope we all improve.”

All five African teams at the last World Cup in Russia failed to get past the first round and the continent's football leaders have said their future priority is to make sides more competitive in the international arena.

The continent will be banking on Senegal to stop the rot on Friday after they put up a competent showing against the Netherlands in Monday’s Group A clash, only to concede two late goals with World Goalkeeper of the Year Edouard Mendy partially to blame.

"We are still determined because we know that there is something that we can still achieve during this World Cup and we still believe in our chances," Senegal captain Kalildou Koulibaly said as they prepared to take on hosts Qatar on Friday.

Qatar are the Asian champions but their counterparts Japan and Saudi Arabia have overshadowed them by coming from behind to beat Germany and Argentina in the major shocks of the tournament. 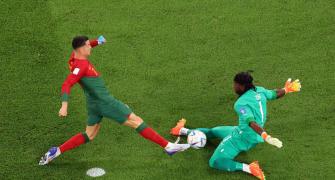 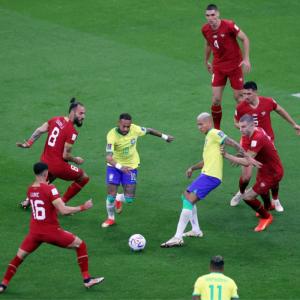 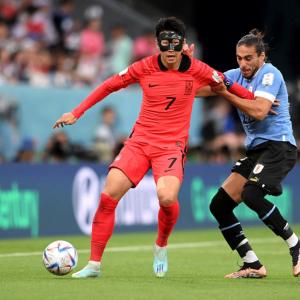