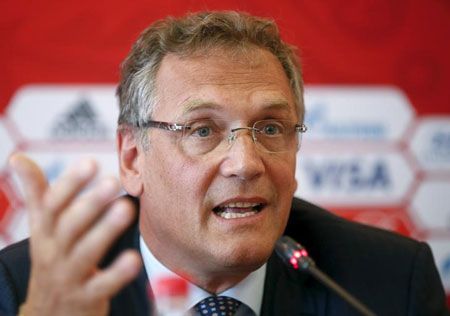 "The FIFA Emergency Committee decided, on 9 January 2016, to dismiss Jerome Valcke from the position of FIFA Secretary General with immediate effect," Zurich-based FIFA said in a statement without giving a reason for the dismissal.

Valcke was once one of the most powerful men in FIFA and responsible for ensuring that preparations for the last two World Cups, in South Africa and Brazil, were completed in time.

An ethics investigation into the case recommended a nine-year ban for the Frenchman, former right-hand man to FIFA President Sepp Blatter who himself has been banned for eight years.

Last week FIFA's ethics judges announced they had opened formal proceedings against Valcke, who has denied wrongdoing in the past.

Valcke was placed on leave by FIFA in September following the allegations and initially suspended for 90 days in October when the ethics committee started its investigation. That suspension was extended for another 45 days last week and a ban from all football activities remains in effect.

The secretary general's duties will continue to be carried out by Acting Secretary General Markus Kattner, FIFA said.

Valcke has now been sacked twice by FIFA. He joined the organisation in 2003 as marketing director but was fired in December 2006 for his part in botched sponsorship negotiations with credit card firms MasterCard Inc and Visa Inc.

His case has been overshadowed by the turmoil which has engulfed FIFA in the last year, with criminal investigations into the sport in both the United States and Switzerland.

Altogether, 41 people and sports entities, including top FIFA officials, have been indicted by U.S. prosecutors for offences including corruption, fraud and money laundering.

© Copyright 2020 Reuters Limited. All rights reserved. Republication or redistribution of Reuters content, including by framing or similar means, is expressly prohibited without the prior written consent of Reuters. Reuters shall not be liable for any errors or delays in the content, or for any actions taken in reliance thereon.
Related News: FIFA Emergency Committee, Jerome Valcke, Maxim, Reuters
SHARE THIS STORYCOMMENT
Print this article 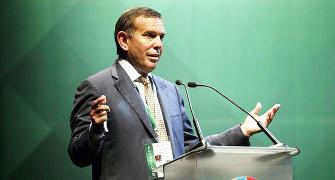 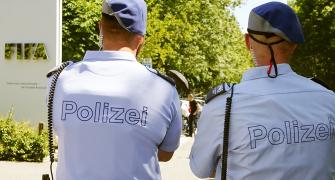 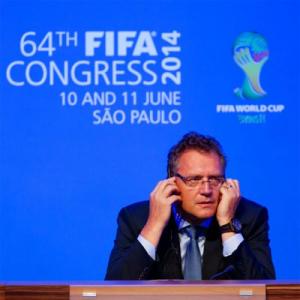 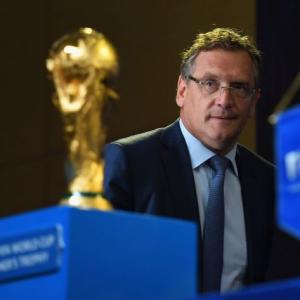