'I know he wants to quit, and he will do it' 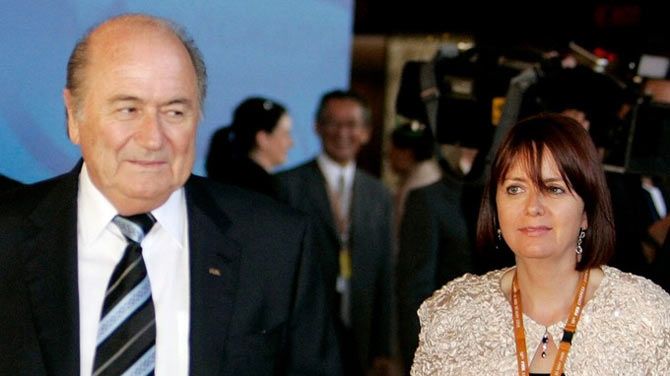 Sepp Blatter, facing a criminal investigation as part of soccer's corruption scandal, will "definitely not" stay on as president of the FIFA governing body after the election of a new leader in February, his daughter said.

His former public relations adviser Klaus Stoehlker said last week that Blatter had not ruled out trying to stay on as head of world soccer beyond the February 26 vote.

But Corinne Blatter-Andenmatten said in an interview published by Swiss newspaper Blick am Sonntag on Sunday there was "no way" he would continue, and at some point he would publish his memoirs.

Major soccer sponsors on Friday issued coordinated calls for the immediate resignation of Blatter, who is being investigated by the Swiss on suspicion of criminal mismanagement and misappropriation of funds.

Blatter, who denies wrongdoing, said through his U.S. lawyer he would not resign as it was not in FIFA's best interest.

The scandals surrounding global soccer exploded in May, when 14 officials and sports marketing executives were indicted on US charges of racketeering, money laundering and wire fraud in relation to bribery schemes that dated back decades.

February's election was set after Blatter announced in June that he was standing down, just days after winning a fifth term.

Since then, the question of whether Blatter, 79, really will quit has hung over FIFA. 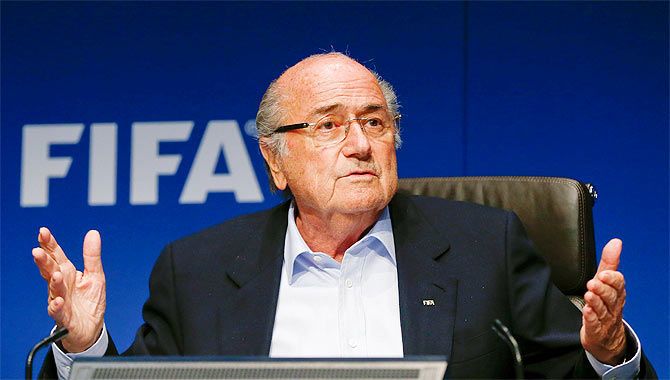 Blatter-Andenmatten, who has frequently spoken out to defend her father's reputation, said he had stayed on because the majority of football associations wanted him to, and because "he never runs away when the going gets tough".

She declined to discuss the possibility of her father ending up in jail: "I don't even want to think about it. It's inconceivable to me that he would have to go to prison."

Blatter was questioned by Swiss federal prosecutors for eight hours on Sept 25, and looked "shocked and disappointed" to be taken by surprise by their arrival, his daughter said.

"He just said to me: 'I think it's a dream'," Blatter-Andenmatten said.

She blamed the media for ruining her father's reputation and said Swiss prosecutors appeared to have prejudged him.

The prosecutors said Blatter was suspected of a "disloyal payment" of 2 million Swiss francs ($2.05 million) in 2011 to Michel Platini, president of the UEFA soccer confederation, at the expense of FIFA.

Platini has not been accused of any wrongdoing, although he has acknowledged the development has damaged his chances of replacing Blatter as FIFA president.

Blatter-Andenmatten suggested the job of FIFA president could be shared by more than one person after Blatter leaves.

Swiss watch firm and FIFA sponsor Hublot did not join the calls for Blatter to step down.

"We do not believe that it is our role to interfere in the politics of FIFA," Switzerland's Schweiz am Sonntag newspaper quoted chairman Jean-Claude Biver as saying.

The same paper quoted Peter Gilliéron, president of the Swiss Football Association, as saying he saw no alternative to Blatter until the election.

© Copyright 2020 Reuters Limited. All rights reserved. Republication or redistribution of Reuters content, including by framing or similar means, is expressly prohibited without the prior written consent of Reuters. Reuters shall not be liable for any errors or delays in the content, or for any actions taken in reliance thereon.
Related News: FIFA, Sepp Blatter, Corinne Blatter-Andenmatten, Swiss Football Association, Michel Platini
SHARE THIS STORYCOMMENT
Print this article