While Roger Federer and Rafael Nadal won their opening matches in straight sets on Saturday, World No. 4, David Ferrer became the first top seed to make an early exit from the BNP Paribas Open.

Spaniard Ferrer, a winner of two ATP titles this year who is known for his speed across the court, was ousted 3-6, 6-4, 6-3 by big-serving South African Kevin Anderson in the second round at the Indian WellsTennisGarden. 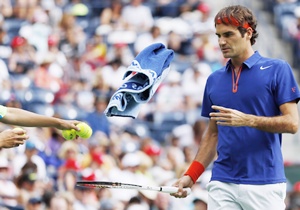 In a heavily anticipated evening encounter, Spaniard Nadal overcame early resistance from American Ryan Harrison to win 7-6, 6-2 in his first match on a hardcourt surface in 346 days, following a left knee injury.

Nadal, a twice former champion at Indian Wells, did not appear to be in any discomfort after being sidelined for seven months last year and he dominated the second set before wrapping up victory in just over an hour and a half.

"I am satisfied to be in the next round," said the Spanish left-hander who has enjoyed a successful tournament run on clay in recent weeks, winning two ATP titles after reaching three finals. "That's the most important thing.

"Two weeks ago, I didn't really know if I would be playing here, so I am happy to be here. I feel fine. My physical performance needs to improve. My movements need to improve."

Federer, who beat American John Isner 7-6, 6-3 in last year's final at Indian Wells, was in peerless form on Saturday, blending a series of crunching groundstrokes with his typically dominant net play to break Istomin's serve twice in each set.

"It's nice to be back as defending champion and to start so strong today," Swiss maestro Federer said after sealing his win in just under an hour on his second match point.

"I came out and played exceptionally well so I am happy. It felt good from the start and I was able to maintain that level of play.

"I never thought he got into the match, you know, at all. That gives you obviously even more confidence. And then with best-of-three sets, we know things are over quickly."

Federer will next play Croatian Ivan Dodig, who eased past Frenchman Julien Benneteau 6-4, 6-2.

Earlier, fourth-seeded Ferrer was overpowered by the towering Anderson in the final set as the South African booked his place in the third round after a contest lasting just under two hours.

Serving for the match in dazzling afternoon sunshine, Anderson earned his first win against the Spaniard in two career meetings when Ferrer dumped a backhand service return into the net.

The six-foot eight-inch (2.03 metre) South African, ranked 37th, clinched both fists in jubilant celebration before walking to the net to shake hands with his opponent.

"That was fantastic," smiled Anderson, who had surgery on his right elbow in late January. "Beating a top-five-in-the-world player is always a great feeling, especially against somebody like David, who doesn't go away."

Anderson, who broke Ferrer's serve once in the second set and twice in the third, will next face Finland's Jarkko Nieminen, who crushed Spaniard Fernando Verdasco 6-1 6-0 earlier in the day.

Ferrer was frustrated after squandering two break points on Anderson's serve in the ninth game of the second set.

"I had my chance at 4-4 ... but he played good in important moments," Ferrer said. "He played more aggressive, more consistent than me.

"In the third set I was a little bit tired and he was better than me. Of course I am disappointed because I lost my first match, but this is tennis. It's impossible to win always."

© Copyright 2021 Reuters Limited. All rights reserved. Republication or redistribution of Reuters content, including by framing or similar means, is expressly prohibited without the prior written consent of Reuters. Reuters shall not be liable for any errors or delays in the content, or for any actions taken in reliance thereon.
Related News: Roger Federer, David Ferrer, Kevin Anderson, Rafael Nadal, ATP
SHARE THIS STORYCOMMENT
Print this article 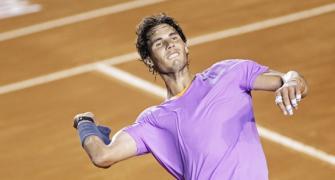 Photos: The hurt is over at last for Nadal 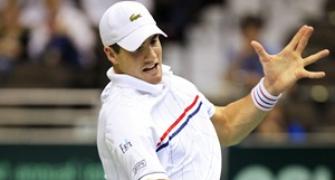 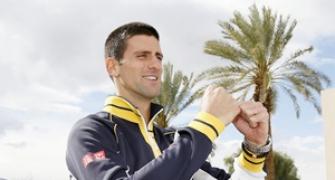 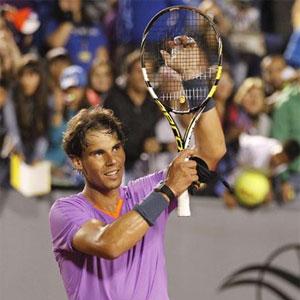