Now 21, the Williams driver has come a long way since then and will make his grand prix debut at the season-opening race in Australia next week after winning last year’s Formula Two title.

One of the tallest drivers, at six feet two inches(1.88 metres), Russell has been in motorsport ever since he and his parents followed older brother Benjy’s rise to karting world champion.

“My parents supported him and travelled with him and as I was a child I sort of tagged along,” he told Reuters in an interview.

“Karting was just a very natural step for me and motorsport was all I ever knew.”

When Russell lines up on the starting grid in Melbourne, probably at the back given his team’s poor testing times, the Mercedes-backed youngster is unlikely to be fazed by his surroundings.

“Even now just saying that, it kind of hits me. You think blimey, that’s quite a privilege. Even though my career’s only just started its already been an amazing achievement.”

Russell, winner of the 2014 McLaren Autosport BRDC award, is part of a new, young generation who have raced each other through the junior series and are now preparing for battle again at the top.

Compatriot Lando Norris and Anglo-Thai Alexander Albon have followed him up from last year’s F2 championship, at McLaren and Toro Rosso respectively, while fellow 21-year-olds Charles Leclerc and Max Verstappen came through earlier.

Italian Antonio Giovinazzi, at Sauber, and Frenchman Esteban Ocon, currently without a seat after leaving Force India, are other old rivals as is Canadian Lance Stroll, his direct predecessor at Williams.

“I think it’s a nice dynamic between us,” he said of Norris and Albon.

“We all get along well, we text each other quite often and just talk about normal stuff. And also with Charles, even Max, Esteban — we were all on the track at the same time together.

“We’ve kind of come up together, we’re all decent mates and we all get along. Hopefully we’re that next generation that will be in F1 for the next 10-15 years.”

Born in Kings Lynn, the home of former racer and commentator Martin Brundle, Russell grew up in the eastern fenlands around Wisbech but now lives near the Williams factory in Grove, Oxfordshire.

He has no plans to move to Monaco — not that he would mind doing so.

“If you move to Monaco, it means you’re having quite a successful career so let’s hope so. But at the moment that’s not my goal,” he said.

“My goal is to enjoy myself, spend time with the team and build up a great relationship with everybody.”

In a ‘surreal’ paddock of multi-millionaires and billionaires, Russell described himself as an ordinary guy who would not have made it without the support of Mercedes who are also his current team’s engine suppliers.

Williams, the team that gave 2009 world champion Jenson Button his debut at the age of 20 in 2000, were a good fit even if the former champions are going through a troubled spell and finished last in 2018.

They are not expected to do much better this year but Russell has time on his side.

“Who knows how it’s going to turn out, but we can only cross our fingers and hope for the best. I’ve got a good feeling. My gut tells me something good is on the way,” he said.

“It might not be the first race, sixth race or this season. But I believe in the team and I believe that we will get there.”

Russell said his worst races in Formula Two were at the start of the year but the experience stood him in good stead and paved the way ultimately for the strong races.

“I learnt so much from a difficult moment and that grew me into a better driver and I believe something similar is going to happen here,” he said.

Alexander Albon would have to start thinking about competing in next year's Tokyo Olympics to truly follow in the footsteps of the only other Thai to race in the Formula One world championship.

The 22-year-old Toro Rosso rookie, who makes his race debut in Australia next week as his country's first F1 driver of the modern era, moves in a very different world to his late predecessor.

Prince Birabongse Bhanudej Bhanubandh, known simply as B. Bira, started 18 championship grands prix, including the first at Silverstone in 1950, and retired at the age of 40 in 1954 as one of the sport's more colourful characters.

A British-educated member of the Siamese royal family, he also competed in sailing at four Olympics -- including Tokyo 1964 -- between 1956 and 1972.

Abandoning plans to become a sculptor, he used his considerable wealth to go racing in cars bearing a white mouse emblem and painted in what became the Thai racing colours of pale blue and yellow.

He flew his own plane from London to Bangkok, had a string of marriages and affairs and died in 1985 of a heart attack at Barons Court underground station in central London -- a prosaic end to a remarkable life.

"He seemed a proper sportsman from what I understood. I’m not sure I could replicate that. I could give it a go," Albon told Reuters with a smile when asked what he knew about his illustrious predecessor.

"Motorsport is where I excel... but I'm okay at drawing," he added, hopefully.

Albon, British-born and educated with a Thai mother and English father, comes from a rather different background.

A Buddhist, who attends a Thai temple in Wimbledon and has lucky charms tied around his wrist, he has come up through karting and junior series.

Father Nigel competed in the British Touring Car Championship and sportscar races while mother Kankamol made headlines in Britain when she was sentenced in 2012 to six years in jail for a multi-million-pound fraud involving luxury cars.

Albon is a good fit for Toro Rosso owners Red Bull, whose energy drink brand has its origins in Thailand, but that is largely incidental.

He did enough in pre-season testing to support the suspicion that he could be a surprise package.

Albon set the second-fastest lap, of the 20 drivers, at the first four-day test and was then sixth in the final week in Barcelona.

"I am more than optimistic that he will do a good job," said team boss Franz Tost.

Albon, who won four races in Formula Two last year and finished third overall after missing out on the runner-up spot at the end, hoped so.

"I don’t see why I can't try and surprise a few people. I think I do have that. People who don’t really know me and don’t know what I can do. Of course it gives me a bit of motivation to prove what I can do," he said.

A world champion in the KF3 karting class in 2010, the Thai was also runner-up in the GP3 series in 2016 to current Ferrari driver Charles Leclerc.

"That was kind of my very first year where I thought this is where I’m going to see what I’m really like, because Charles back then was also this up-and-coming superstar," he said.

"And to be able to mix with him gave me a lot of confidence."

Dropped by Red Bull following a difficult 2012 season, Albon returned to the fold when he was given the race seat last November after he had extricated himself from a deal to race for Nissan in the all-electric Formula E series.

"I had no feeling that when I did get dropped in 2012 there was never a chance to come back," said Albon.

"I think that’s actually the drive, to prove to everyone that I do deserve it and that I can try and prove myself for another chance in Formula One."

© Copyright 2020 Reuters Limited. All rights reserved. Republication or redistribution of Reuters content, including by framing or similar means, is expressly prohibited without the prior written consent of Reuters. Reuters shall not be liable for any errors or delays in the content, or for any actions taken in reliance thereon.
Related News: Anglo-Thai Alexander Albon, Williams, George Russell, Charles Leclerc, McLaren Autosport BRDC
SHARE THIS STORYCOMMENT
Print this article 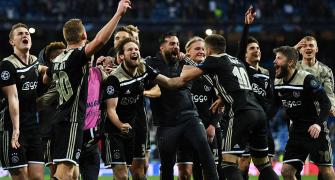 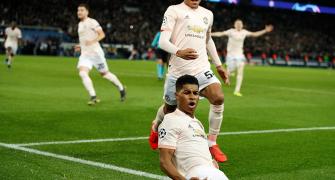 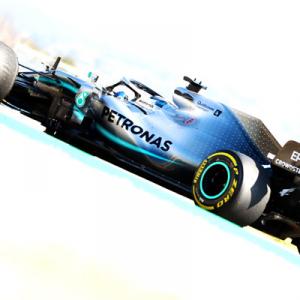 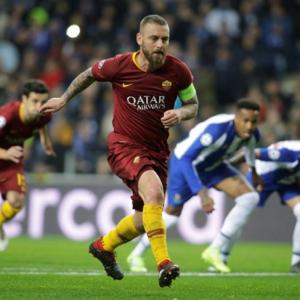