UEFA president Michel Platini has warned players they would be booked if they walked off the pitch for being racially abused at Euro 2012 and they should instead talk to the referee who can decide whether to stop the game.

Platini, in his opening news conference two days before the start of the tournament on Friday, said referees were fully empowered to halt matches temporarily, or abandon them totally, if racist abuse was directed at players from the crowd. 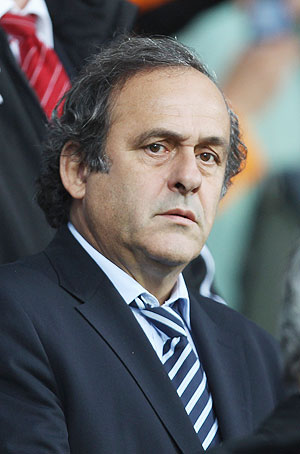 Italy forward Mario Balotelli said last week that he would walk off the field if he was targeted, but Platini warned him, and every other player, not to do anything rash.

"We will certainly support the referee if he decided to stop the game. But it's not a player, Mr Balotelli, who's in charge of refereeing. It's the referee who takes these decisions.

"So, the referee has been given advice and he can stop the game if there are problems.

"But it's not me, not the UEFA president, who is in charge of the game for 90 minutes. It's the referee. We will support the referee, of course -- always."

Pierluigi Collina, the former World Cup final referee who is now UEFA's chief refereeing officer, told reporters at the briefing that UEFA officials had visited all 16 teams and explained the procedure to stop the game.

He said that if a player complained to the referee about racism, the referee would take the necessary action.

"The referees have a protocol so they know what they have to do. The match director knows what has to be done. The players know the protocol.

"We have visited all the camps before the start of the competition, so everything is clear and everyone is ready."

© Copyright 2021 Reuters Limited. All rights reserved. Republication or redistribution of Reuters content, including by framing or similar means, is expressly prohibited without the prior written consent of Reuters. Reuters shall not be liable for any errors or delays in the content, or for any actions taken in reliance thereon.
Related News: UEFA, Michel Platini, Mr Balotelli, Mario Balotelli, Pierluigi Collina
COMMENT
Print this article
Euro: Italy omit Ranocchia, Destro
England without Cahill for Euros 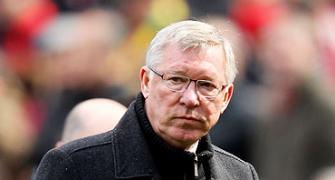 City may win EPL title if they beat United: Ferguson 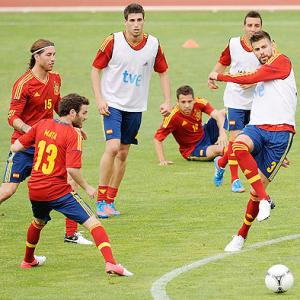 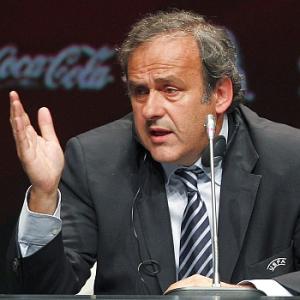