New Tottenham Hotspur signing Moussa Dembele came off the bench to score on his debut although coach Andre Villas-Boas was left waiting for his first win in charge after Robert Snodgrass's late goal earned Norwich City a 1-1 draw at White Hart Lane.

Spurs, who have two points from their three games this season, were jeered off.

Ivorian Toure fired Manchester City, who memorably needed two stoppage-time goals on the final day of the season against Rangers in May to win the top-flight title for the first time since 1968, ahead at Eastlands.

The hosts then needed Dzeko's header on 61 minutes, which quickly cancelled out Bobby Zamora's equaliser, to restore control.

Tevez sealed the points in stoppage time with a scuffed effort that sank a new-look Rangers team.

"We played well in the first half but we have one problem at the moment - when we have a chance to score we don't score and the game can change," City manager Roberto Mancini told ESPN television.

"In the second half we didn't play well. We were too slow but in the end it's important that we took the three points."

None of the quartet figured on Saturday as Roberto Mancini's side moved up to fourth in the table.

Swansea City, despite a fourth goal in three league games for Spanish striker Michu, missed a chance to go top when the Welsh side were held 2-2 at home by Sunderland.

Everton also lost their 100 percent record after goals from Shane Long and Gareth McAuley secured a 2-0 victory for West Bromwich Albion at The Hawthorns.

Chelsea, who are not in league action this weekend after losing 4-1 to Atletico Madrid in the UEFA Super Cup on Friday, are top with a maximum nine points followed by Swansea, West Brom and Manchester City all on seven.

Striker Andy Carroll enjoyed a bitter-sweet debut for West Ham United after joining on loan from Liverpool, helping set up a first-minute goal in a 3-0 demolition of Fulham.

Carroll then suffered a second-half hamstring injury that could sideline him for England's opening two World Cup qualifiers.

Swansea's impressive start to the season was checked by Sunderland and their new signing Steven Fletcher at the Liberty Stadium.

Having scored eight times without reply in two games, Michael Laudrup's side conceded for the first time when Sunderland's 12 million pounds ($19.06 million) acquisition Fletcher netted twice in the first half, either side of a fine Wayne Routledge goal.

Michu continued his rich seam of form with a 66th minute equaliser but Swansea's hopes of pressing for victory suffered a blow when Spanish central defender Jose Manuel Flores, known as Chico, was sent off 19 minutes from time.

Swansea also said later that left back Neil Taylor had fractured his ankle in the first half.

West Brom, who beat Liverpool on the opening day, notched a notable city double by proving too strong for Everton.

Substitute Peter Odemwingie made an instant impact by picking out Long for the opening goal on 65 minutes before McAuley made sure of the points with a late header.

Belgian playmaker Dembele lifted Tottenham's spirits with a fine goal after moving across London this week from Fulham but fans filed out of White Hart Lane in despondent mood after Snodgrass won a deserved point for Norwich.

Dembele rifled past keeper John Ruddy on 68 minutes but Spurs substitute Tom Huddlestone was then sent off and the final whistle was greeted by a chorus of boos.

"We didn't play well, we have to do much better," Villas-Boas said.

"(The boos) are disappointment from the fans. Nobody likes to draw two games at home, everyone is in need of the win, but we will make sure we put the effort in for them."

New Spurs signings Hugo Lloris and Clint Dempsey were not registered in time to play.

West Ham eased past Fulham after Kevin Nolan netted after 53 seconds at Upton Park. Winston Reid and Matt Taylor added further first-half goals but Carroll, who impressed on his debut, limped off midway through the second half.

Manager Sam Allardyce said the striker will "probably be on our treatment bench for a while".

Wigan Athletic twice led at home to Stoke City but had to settle for a 2-2 draw.

© Copyright 2021 Reuters Limited. All rights reserved. Republication or redistribution of Reuters content, including by framing or similar means, is expressly prohibited without the prior written consent of Reuters. Reuters shall not be liable for any errors or delays in the content, or for any actions taken in reliance thereon.
Related News: West Brom, Fulham, Manchester City, Andy Carroll, Queens Park Rangers
COMMENT
Print this article 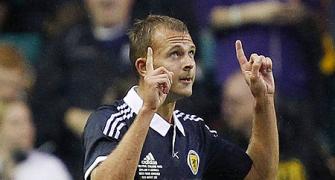 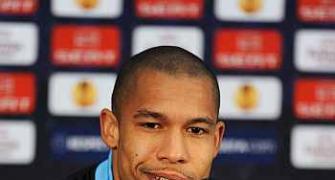 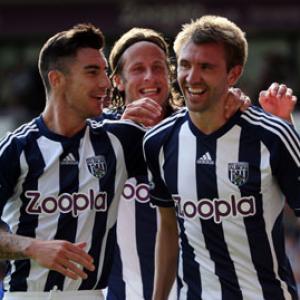 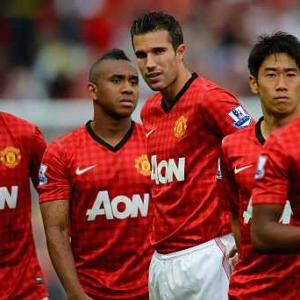