West Ham United and Southampton maintained their unlikely but impressive starts to the season when the Hammers beat champions Manchester City 2-1 and Saints moved up to second with a 1-0 win over Stoke City on Saturday.

West Ham did not have it easy against Manchester City who dominated possession but hit the bar twice through Yaya Toure and only scored once through David Silva.

Frenchman Amalfitano put the Hammers ahead with a tap-in after a brilliant low spinning cross from Enner Valencia after 21 minutes.

Senegalese Sakho became the first West Ham player to score in six successive Premier League games when he made it 2-0 with a goal given after goalline technology showed his header had crossed the line in the 75th.

‘We were very unlucky’ Silva pulled one back for City with a great solo effort as he weaved through the defence two minutes later.

"It wasn't a lucky victory by any stretch of the imagination today because our commitment and desire to play against the big boys and the present league champions was there for all to see," West Ham manager Sam Allardyce told BT Sport.

"After David Silva scored their outstanding goal, for me it was about the squad's determination to make sure of what is a famous victory for us."

City manager Manuel Pellegrini denied he was under any pressure after his side also let slip a 2-0 lead against CSKA Moscow to draw 2-2 in the Champions League in midweek.

He said: "I always feel the pressure exactly the same from the first day to today.

"West Ham played very well especially in the first half and they did not allow us to move the ball but we were very unlucky because we had a lot of chances." Chelsea, who visit Manchester United on Sunday, lead the Premier League title chase with 22 points from eight matches while Saints are second with 19 from nine games.

Manchester City are third on 17 after losing at West Ham through goals from Morgan Amalfitano and Diafra Sakho. The champions could trail Chelsea by eight points by Sunday night if Jose Mourinho's men maintain their unbeaten start to the season and win again at Old Trafford.

In Saturday's other afternoon games Arsenal won 2-0 at Sunderland, Liverpool were held to a goalless draw at home by Hull City and West Bromwich Albion fought back from 2-0 down to draw 2-2 at home to Crystal Palace.

Liverpool's woes continued when they were held by Hull with Mario Balotelli missing an open goal with almost the last kick. Not every week will there be an eight-goal fiesta for Southampton on the south coast. Some days there will be ugly 1-0 affairs, ground out on a physical battleground.

And so it was on Saturday against an obdurate StokeCity side full of long balls and flicked headers, robust shoulder barges and full-blooded tackles.

It took a lone goal, shortly after the half hour, from Senegal's Sadio Mane to clinch the points but manager Ronald Koeman wasn't complaining.

"Maybe it is nicer to win like this," the Dutchman told reporters at St Mary's Stadium. "I mean it was difficult because we didn't kill the game. We created eight good chances and, you know, if you don't score the second the game is difficult."

BirminghamCity suffered a humiliating 8-0 defeat to record-breaking Bournemouth at St Andrew's in The Championship on Saturday, the club's biggest home loss in their 139-year history.

The second tier Midlands team, who were playing in the Premier League just three years ago, crashed to their record reverse at the end of a week in which they sacked their manager Lee Clark.

The managerless outfit have plummeted to one from bottom of the Championship after a hammering which tops the three times previously in league football that they have conceded seven goals at home, the last time being against West Bromwich Albion in 1960.

The eight-goal margin of defeat also equals their all-time worst league losses, 9-1 at Sheffield Wednesday in 1930 and at Blackburn in 1895 in the old first division.

The seventh-minute sending off of Birmingham's David Edgar was pivotal in the defeat but the home side were already a goal down and Marc Pugh went on to score a hat-trick as Bournemouth enjoyed their biggest-ever league win, topping their 7-0 rout of Swindon in Division Three South in 1956.

© Copyright 2021 Reuters Limited. All rights reserved. Republication or redistribution of Reuters content, including by framing or similar means, is expressly prohibited without the prior written consent of Reuters. Reuters shall not be liable for any errors or delays in the content, or for any actions taken in reliance thereon.
Related News: Manchester City, West Ham United, Diafra Sakho, Adrian, Enner Valencia
SHARE THIS STORYCOMMENT
Print this article 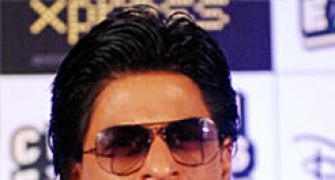 Shah Rukh Khan: My kids don't keep a tab on my career