EPL: West Ham hang on after win over Spurs

West Ham United made absolutely certain of Premier League safety with a 2-0 win over 10-man Tottenham Hotspur on Saturday -- their third victory over their London rivals this season. 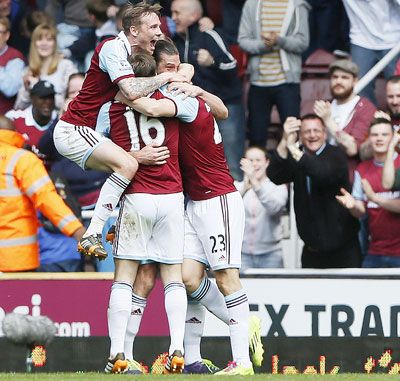 An own goal by Spurs striker Harry Kane and Stewart Downing's free kick put West Ham in control before halftime after Tottenham defender Younes Kaboul was red-carded for bundling over Downing who was racing towards goal.

The Hammers had lost their previous four games and were not mathematically safe but have now reached 40 points with one game, away to ManchesterCity, left.

Tottenham remain in sixth spot with one match left, although Manchester United, who are six points behind, have three games to play and could still snatch a Europa League place.

The north London club were also beaten 3-0 at home by West Ham in the Premier League and in the League Cup quarter-finals this season.

Later on SaturdayManchesterCity can move top of the table if they win at fifth-placed Everton.

At the bottom CardiffCity, Fulham and Sunderland are all seeking away wins, at Newcastle United, Stoke and Manchester United respectively as they battle to avoid relegation.

Image: Stewart Downing (right) of West Ham United is mobbed by teammates after scoring against Tottenham Hotspur during their English Premier League match at Upton Park in London on Saturday

© Copyright 2021 Reuters Limited. All rights reserved. Republication or redistribution of Reuters content, including by framing or similar means, is expressly prohibited without the prior written consent of Reuters. Reuters shall not be liable for any errors or delays in the content, or for any actions taken in reliance thereon.
Related News: West Ham United, Tottenham Hotspur, Stoke and Manchester United, London, Younes Kaboul
SHARE THIS STORYCOMMENT
Print this article 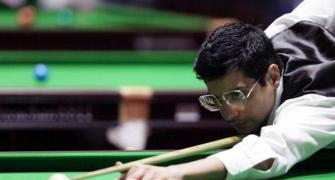 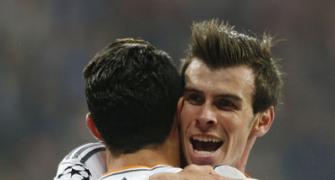 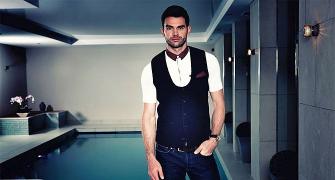 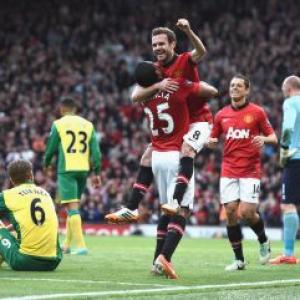 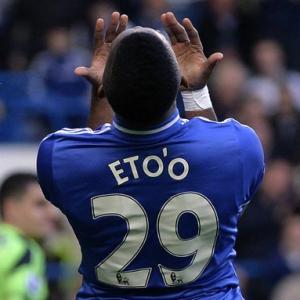