Out-of-sorts Tottenham Hotspur's Champions League qualifying hopes received another jolt when they lost 2-1 at home to Norwich City on Monday while on-song Newcastle United boosted their chances with a 2-0 win over Bolton Wanderers.

Elsewhere, Frank Lampard became the first midfield player to chalk up 150 Premier League goals as Chelsea were held to a 1-1 draw at west London neighbours Fulham. Fourth-placed Spurs and Newcastle, in fifth, are now level on 59 points in the race for the fourth and final Champions League qualifying berth for next season with Chelsea two points adrift in sixth position.

Norwich had a host of penalty claims turned down but still secured a memorable victory against Spurs at White Hart Lane.

Goals by Anthony Pilkington and Elliott Bennett either side of a crafty Jermain Defoe dink in the 32nd minute lifted Norwich to 10th in the table.

"I thought Norwich bullied us a little bit. It was a difficult day for our boys at the back," Spurs manager Harry Redknapp said.

"Credit to them ... I think they deserved it. We were disappointing," he added as Spurs continued a poor run that has yielded one win in eight league games.

Senegal striker Papiss Cisse scored his seventh goal in his last four league appearances as red-hot Newcastle reeled off their fifth victory in a row.

The goal of the game against Bolton came from French forward Hatem Ben Arfa who went on a stunning 70-metre run to open the scoring in the 73rd minute.

"He's got that bit of magic," said Newcastle manager Alan Pardew. "Hopefully it will persuade his manager to include him in the French squad."

The 33-year-old Lampard gave Chelsea a 45th-minute lead from the penalty spot at Craven Cottage after Ivory Coast forward Salomon Kalou was brought down in dubious circumstances in the box.

Fulham rallied in the second half as Champions League semi-finalists Chelsea wilted and keeper Petr Cech brought off a remarkable save to tip over a close-range header from American Clint Dempsey in the 82nd minute.

Cech was then beaten from the resulting right-wing corner as the unmarked Dempsey nodded the ball home to claim his 16th league goal of the season.

© Copyright 2022 Reuters Limited. All rights reserved. Republication or redistribution of Reuters content, including by framing or similar means, is expressly prohibited without the prior written consent of Reuters. Reuters shall not be liable for any errors or delays in the content, or for any actions taken in reliance thereon.
Related News: Chelsea, Norwich, Newcastle United, Clint Dempsey, Frank Lampard
COMMENT
Print this article 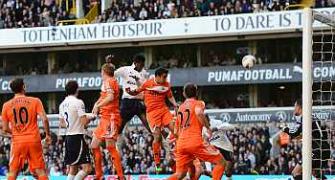 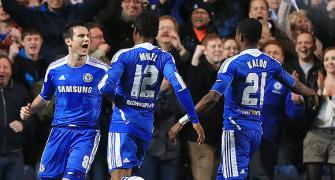 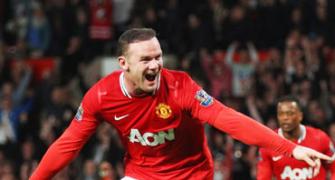 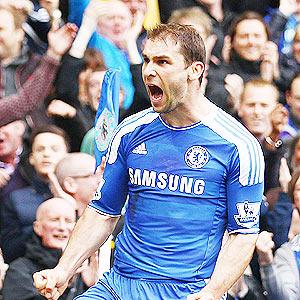