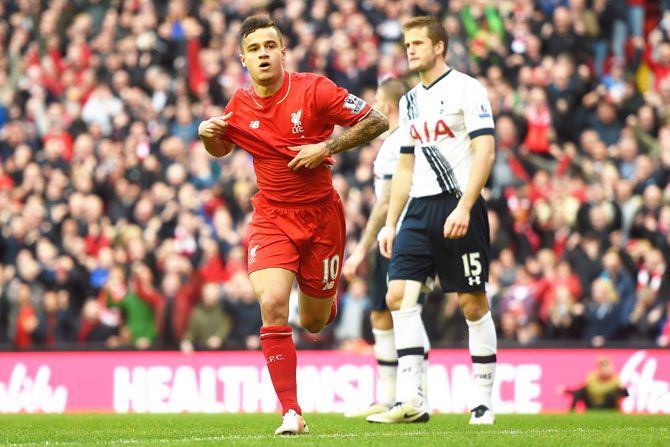 Tottenham Hotspur manager Mauricio Pochettino punched the Anfield turf in frustration at the final whistle after his side drew 1-1 with Liverpool in a Premier League match full of thrilling, attacking action on Saturday.

Philippe Coutinho put Liverpool ahead against title-chasing Tottenham with a superbly crafted goal after 51 minutes before Harry Kane equalised for Spurs 12 minutes later with a stunning low shot on the turn.

The result lifted Spurs on to 62 points with six matches to play, four behind leaders LeicesterCity who are at home to Southampton on Sunday.

But whether Tottenham dropped two points in the title race, gained one or maintained the status quo of remaining five points behind the Foxes will not be clear until after Leicester play.

Spurs have a dreadful record at Anfield, winning only six of their 73 league matches there, and normally a 1-1 draw there would be considered a good result.

But Pochettino told Sky Sports: "The first half was equal but the feeling after the game is that we missed two points. I am happy and very pleased with the performance.

"It is difficult to come to Liverpool and get the three points. It was maybe difficult to score the second goal but we played to win and in football sometimes you can’t win every game." Pochettino will now be hoping his former club Southampton can do Spurs a favour by beating Leicester, who will move seven points clear of Spurs if they win.

Spurs also came under pressure from their arch-rivals Arsenal who beat Watford 4-0. They stay third but have narrowed the gap on Spurs to four points and have a game in hand.

Kane, the Premier League's top scorer, took his tally to 22 league goals for the season -- the most by a Spurs player since Gary Lineker scored 28 in 1991-2.

But that provided little consolation for Kane.

"I think we are a tad disappointed. We wanted to come here and win and get the three points to chase the leaders. We got the goal back at 1-0 down and it is a shame we didn’t get the second.

"We are fighting for the Premier League, we will watch the Leicester game tomorrow and hope Southampton can get a result and do us a favour. We have done what we can do."

Liverpool manager Juergen Klopp, whose team remain ninth, said: "You cannot be satisfied after a draw, there were two world-class goals scored. First half was a stop-and-go game, we were brilliant at go, then stopped in concentration.

"It was an open and wild game, but we could have won it."

© Copyright 2022 Reuters Limited. All rights reserved. Republication or redistribution of Reuters content, including by framing or similar means, is expressly prohibited without the prior written consent of Reuters. Reuters shall not be liable for any errors or delays in the content, or for any actions taken in reliance thereon.
Related News: Mauricio Pochettino, Liverpool, Leicester, Tottenham Hotspur, Southampton
COMMENT
Print this article 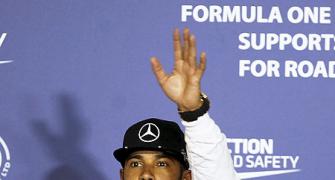 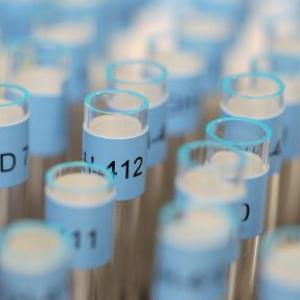