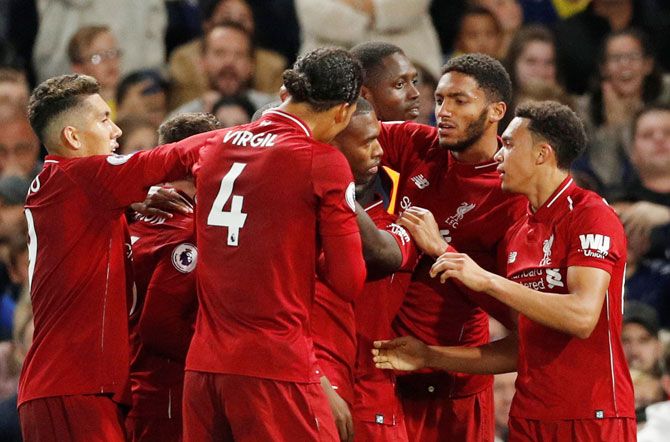 IMAGE: Liverpool players celebrate with Daniel Sturridge on scoring the equaliser against Chelea at Stamford Bridge in London on Saturday. Photograph: John Sibley/Action Images via Reuters

Daniel Sturridge has had little to celebrate over several injury blighted seasons at Liverpool, but with one deft swipe of his left boot on Saturday he rescued a last-gasp point at Chelsea and reminded his manager of his rare finishing prowess.

Liverpool had been the better side for great swathes of the Premier League encounter at Stamford Bridge, but a combination of poor finishing and resilient Chelsea defending meant they entered the dying minutes trailing 1-0 to Eden Hazard's superb finish.

Liverpool's front three, who terrorised defences last season, had looked uncharacteristically out of sorts before Sturridge was introduced as an 86th-minute substitute.

It took him a matter of moments to make his mark, receiving the ball on the left, 25 metres from goal before turning and nonchalantly curling a superb effort out of the keeper's reach into the top corner to secure a 1-1 draw and deflate his former club.

It was his 50th Premier League goal for Liverpool and kept them unbeaten in the league this season, level with Manchester City on 19 points at the top of the table.

The quality of the strike also drew appreciative words from his manager Juergen Klopp, who has been at the club since 2015, but never been able to rely on a fully-fit Sturridge for any sustained period of time.

"He is a fantastic football player and he had a good pre-season, and he is in the best shape since I know him," Klopp told reporters. 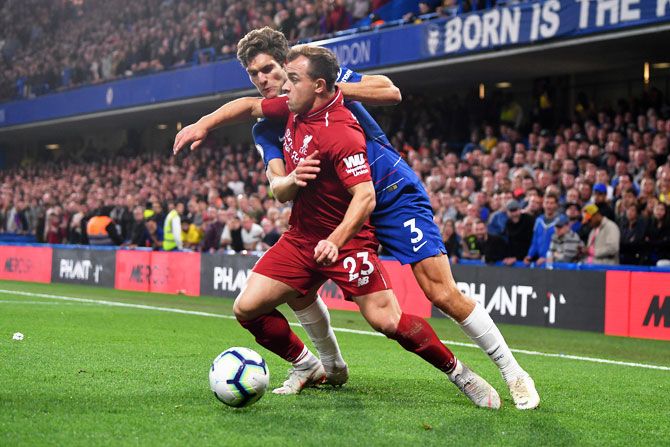 Sturridge's ability has never been in doubt at Liverpool, but his body has all too often let him down, with a series of injuries interrupting his progress over the last four seasons.

His goals and performances this season, however, have raised hopes -- that have all too often been dashed in the past -- that he may be back to his best.

Saturday's strike was Sturridge's fourth goal in seven appearances across all competitions this season, yet only two of those have been in the starting team with the majority coming off the bench.

Liverpool's worst miss, however, was by second-half substitute Xherdan Shaqiri, who inexplicably sidefooted off target from an Andy Robertson cross late in the game.

Klopp, however, was untroubled by his side's frustrations in front of goal.

"That's how life is. A good team creates chances, as long as we create chances, we are always closer to scoring," he said.

"Coming in these situations in the box is really not simple yet we still did it six or seven times, so I am completely fine."

© Copyright 2022 Reuters Limited. All rights reserved. Republication or redistribution of Reuters content, including by framing or similar means, is expressly prohibited without the prior written consent of Reuters. Reuters shall not be liable for any errors or delays in the content, or for any actions taken in reliance thereon.
Related News: Liverpool, Daniel Sturridge, Chelsea, Juergen Klopp, Xherdan Shaqiri
COMMENT
Print this article 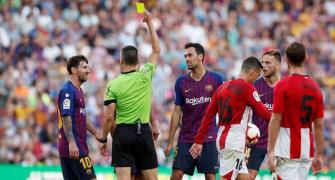 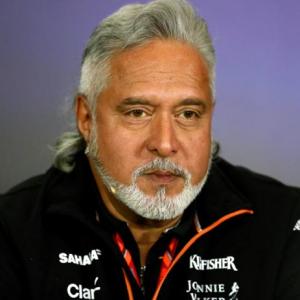 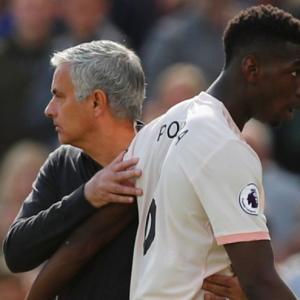