Manchester United got one hand on the Premier League crown on Sunday as a 2-1 victory over champions Chelsea crushed their rivals' late bid to snatch the trophy from their grasp.

United burst out of the blocks to take the lead after 37 seconds when Javier Hernandez swept in a delightful Park Ji-sung pass and they doubled their lead after 23 minutes when captain Nemanja Vidic headed in a perfect cross from Ryan Giggs.

A Frank Lampard tap-in on 69 minutes gave Chelsea hope but United held on for the win that left them needing just one point from their final two games against struggling Blackburn Rovers and Blackpool to guarantee a record 19th title.

The 37-year-old Giggs is on the brink of winning his 12th Premier League title along with manager Alex Ferguson who bowed to United's joyous fans at Old Trafford at the end of the match.

"It's a massive step forward for us. Mathematically we have not won the title but we are nearly there," Giggs told Sky Sports.

"We know we are capable of playing good football and we knew we had to keep attacking as one goal is not enough against a team like Chelsea. It was a great start and it would have been easy for us to take our foot off the pedal but we didn't.

"We will try and get it done as soon as possible at Blackburn next week. It's a tough place to go but I am sure we will have a lot of fans there, there will be a great atmosphere and we won't go for the draw but we will try and win."

Chelsea had clawed themselves back into the title race with a 10-game unbeaten run in which they went from trailing the leaders by 15 points to breathing down their necks.

But it will probably be too little too late after United's 17th home win out of 18 league matches this season.

The match was full of high-quality football from both teams with Giggs at the heart of most of United's creative moves, in at the start of the first goal and providing the cross for the second.

Boosted by two wins over Chelsea in the Champions League quarter-final, United played with style and confidence but Chelsea put them under periods of pressure in the second half especially, with goalkeeper Edwin van der Sar, who will retire at the end of the season, forced into important saves.

But United made plenty of their own chances and striker Wayne Rooney went close several times.

© Copyright 2021 Reuters Limited. All rights reserved. Republication or redistribution of Reuters content, including by framing or similar means, is expressly prohibited without the prior written consent of Reuters. Reuters shall not be liable for any errors or delays in the content, or for any actions taken in reliance thereon.
Related News: Chelsea, Manchester United, Ryan Giggs, Blackburn Rovers, Wayne Rooney
SHARE THIS STORYCOMMENT
Print this article 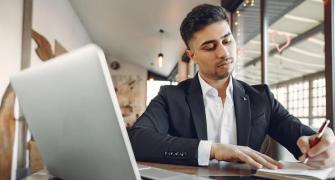