News
Business
Movies
Sports
Cricket
Get Ahead
Money Tips
Shopping
Sign in  |  Create a Rediffmail account
Rediff.com  » Sports » City's Richards out for up to 16 weeks

City's Richards out for up to 16 weeks

Manchester City defender Micah Richards will be out of action for up to four months after undergoing a knee operation, the Premier League champions said on Tuesday.

The England international had surgery to repair a torn meniscus after being stretchered off in the second half of City's 1-0 win over Swansea City on Saturday.

"The positive thing is that the injury has been repaired so the knee will be as good as new," Richards said on the club website (mcfc.co.uk).

"I have a brace on it and I am using crutches. I can't do anything at all for the next four to six weeks and I am probably looking at 12-16 weeks before I am back in action."

Richards was four games into a comeback after missing the first two months of the season with an ankle injury he suffered playing for Britain at the London Olympics.

"I knew straight away in the game that it was quite a bad injury. The knee locked and I couldn't straighten it," he said.

"I suppose it could have been even worse and not repairable which would have meant removing the meniscus; so I am being positive. Injuries are all part and parcel of the job but this coming on top of the other one I do feel a little hard done to."

© Copyright 2022 Reuters Limited. All rights reserved. Republication or redistribution of Reuters content, including by framing or similar means, is expressly prohibited without the prior written consent of Reuters. Reuters shall not be liable for any errors or delays in the content, or for any actions taken in reliance thereon.
Related News: Micah Richards, Manchester City, Swansea City, Britain, England
COMMENT
Print this article 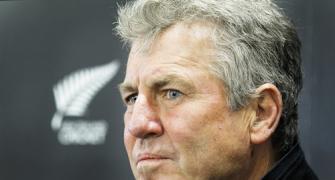 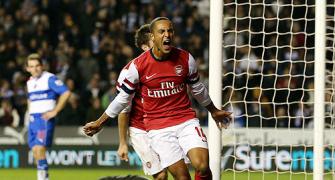 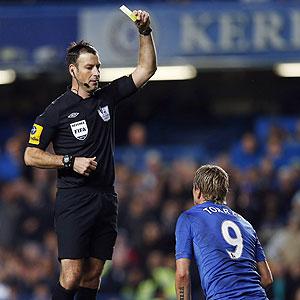 EPL: Referee Clattenburg to be probed for alleged racism